Partnering Toward Discovery: Behind the Scenes 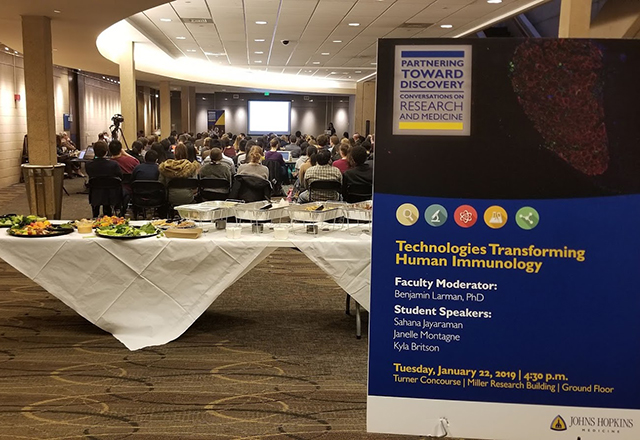 “[At Hopkins] we have the best medical students and the best graduate students in the world, and then we do everything in our power to separate them,” Roy Ziegelstein, vice dean for education, told the audience at the most recent Partnering Toward Discovery event on Jan. 22. There were few in the crowd who would disagree with this statement. Graduate and medical students share few common social events, attend different classes and, since the opening of the Armstrong Building in 2009, are even physically separated on campus.

The Partnering Toward Discovery lecture series was started in 2013 to encourage more interaction and collaboration between research and medical trainees. Coincidentally, I also joined the Johns Hopkins community in 2013. When I attended these talks, I assumed they were part of a long-standing lecture series and a testament to The Johns Hopkins University’s commitment to translational biomedical research. I had no idea they were just as new to campus as I was. 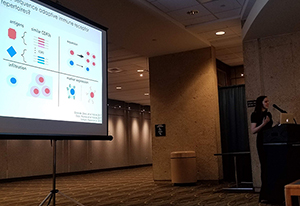 When I was asked to present in the January Partnering Toward Discovery lecture I jumped at the chance. However, I quickly learned that there was far more going on in the background of these events than I had ever appreciated. For instance, I had erroneously assumed that these events were orchestrated by staff on campus. I was excited to learn that they were actually organized and led by students. The current Partnering Toward Discovery organizing team consists of Justin Lowenthal, Cathy Fischer, Marah Wahbeh and Joseph Fischer. The planning process for the annual lecture series starts in the summer when the organizing team meets to discuss potential topics and speakers. Occasionally the team also meets with Dean Ziegelstein to brainstorm for future events. Fortunately, with the amount of exciting research happening on campus, there is no shortage of potential speakers.

In December, Ben Larman, Janelle Montagne, Sahana Jayaraman and I met with the organizing team for the first of two planning meetings all presenters attend. The goal of this first meeting was to broadly discuss our topic and the layout of the event. Then in January we all met once more before the event to review our prepared slides and to discuss logistics. The organizing team also schedules catering, oversees audio and visual planning, tracks attendance, sets up marketing for the lectures, and ensures everything runs smoothly the day of the event. I have always been impressed by the large attendance at these lectures, and it is certainly a testament to the hard work of the organizing team. Although, I’m sure the local craft beer and hors d’oeuvres don’t hurt attendance either.

When I asked the team, “What was your favorite part of running these events?” two clear themes stood out:

1.) They appreciated the opportunity to work with and bring together graduate and medical students; and

2.) It was exciting to learn about new research happening around campus and help presenters communicate their work to a broad audience. One key to driving scientific discoveries and improving human health is to foster collaborations between people with different backgrounds and approaches.

These Partnering Toward Discovery lectures undoubtedly achieve this goal. I encourage everyone to attend these great lectures. Additionally, if you would like to be directly involved in planning these events, the organizing team is looking for new organizers from both the medical and graduate student bodies.