Re-thinking Language as a Scientific Tool 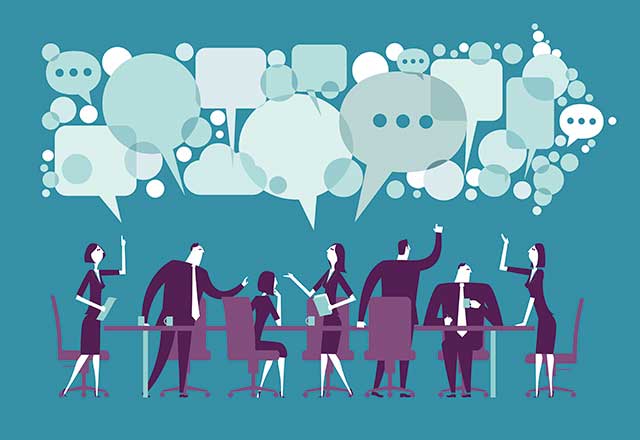 Preclusion of efficacious scientific communication, nucleating from the cultivation of an elitist scientific culture, is a pervasive detriment to the impact of science.

Wait, let me turn off scientist mode and start over. Ahem.

Occam’s razor — often interpreted as: when there are various solutions to a problem, choose the simplest one — represents a major pillar of scientific inquiry. In this post, I would like to expound on that principle as it applies to scientific communication, and urge my fellow scientists to follow this: When there are various ways to say something, choose the simplest one. 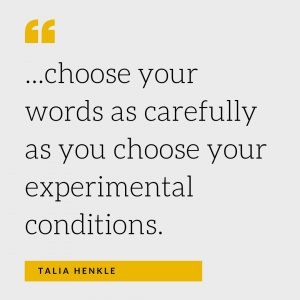 Language is one of science’s most powerful tools. Without it, ideas couldn’t be critiqued and refined, and discoveries couldn’t be shared and implemented. However, since language is viewed as a basic human capacity, and deep scientific understanding is viewed as a commendable feat, the underlying importance of language in science goes largely unappreciated. Furthermore, scientists pride themselves on their ability to grasp difficult concepts, and this is often reflected in the contrived language they use to describe their research. However, this culture of using unnecessarily elevated vocabulary to communicate hinders the utility of language as a scientific tool.

Of course, many of the complex words in science exist because they are needed to communicate new discoveries and complex processes (e.g., immunohistochemistry, necroptosis, inflammasome). However, a seeming equivalent number of cryptic terms scientists prefer to use have very simple synonyms (such as stochastic=random, nucleate=originate, etiological=causative).

Advanced vocabulary is a respected art form and, in that sense, serves a purpose.

However, science jargon is not always used to communicate an explicit message, but rather to demonstrate that the speaker is well educated and thoroughly immersed in his/her academic or professional community. Since intelligence is highly valued in science, it can be advantageous for young scientists to adapt their vocabulary to match that of their superiors.

However, scientists sometimes incorporate the jargon of their field into their vocabulary so thoroughly that they lose the ability to clearly communicate to scientists in other fields or to nonscientists. Anyone who has sat through a presentation (or 100) so rife with undefined or obscure terms that it was impossible to understand the speaker’s message intimately understands the gravity of this issue. The only takeaway from those talks can be: That person works on something complex.

Now, I imagine that intelligent people would never delineate the purpose of their presentations to be to confuse the audience, nor would they dedicate years of their lives working on something that can only be understood as “complicated.” Ineffective use of language is the principal impediment to the impact of their science. I see how it affects my peers and me on a daily basis, and I can only imagine that this challenge is exacerbated for nonscientists.

The ability to communicate clearly and simply should be emphasized as a crucial skill for any scientist, as it is well appreciated that science is most effective when widely disseminated. Hence, our culture of needlessly using complex “science” terms needs to be scrutinized.

I urge my peers to reexamine the importance of language as a scientific tool. Be mindful and strategic with the words you use. What are you trying to communicate? Are you using language to assert your status or to educate? Who is your audience? What terms are unique to your field?

In summary, choose your words as carefully as you choose your experimental conditions. I believe if all scientists would reexamine their relationship with language and how it is used in ways that both promote and isolate science, we could make science more impactful and beneficial to the world.

2 thoughts on “Re-thinking Language as a Scientific Tool”