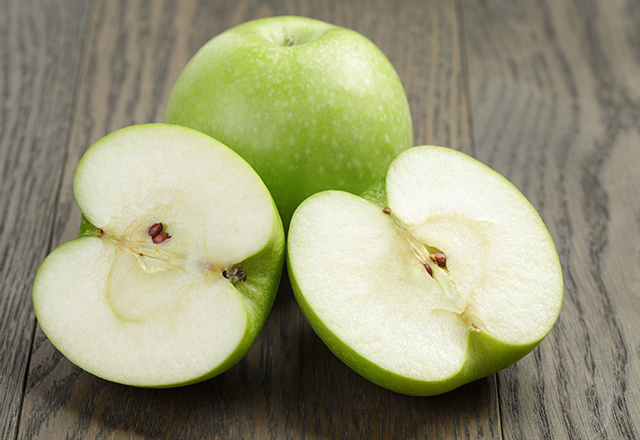 You have probably heard of antioxidants and the many “superfoods” that inhibit oxidation, such as dark chocolate, pecans, blueberries, kale, goji berries and others. But if antioxidants are good, does that mean oxidants are bad? What are oxidants anyway? They are reactive agents, produced both inside your body and in the environment around you that can react with other molecules to cause oxidation. Oxidants can damage important molecules in your body such as proteins, DNA and fats by oxidizing them, which can lead to disease and inflammation.

Figure 1: The Process of Oxidation. Pure, unoxidized iron (Fe) has three electrons (depicted by the red dots) that can be easily removed/taken. When iron becomes oxidized, it loses those three easily removed electrons and gains one positive charge for each electron lost. Its oxidized form is represented with a number and a charge (3+).

When you see a browned apple that you would rather not eat, it turned brown due to exposure to oxygen in the air. Before the inside of the apple is exposed to the air, it is unoxidized, crunchy and delicious. When the apple is exposed to air, the oxygen siphons off electrons from the molecules, causing them to gain a positive charge that eventually leads to the apple turning brown and soggy. In our bodies, too much oxidation can lead to formation of unstable atoms called “free radicals” that can cause health problems.

Targeting an Oxidation-Sensitive Enzyme as Therapy

On May 13 at the Johns Hopkins University School of Medicine, during the latest Dean’s Distinguished Lecture Series,  Mark Anderson, director of the Department of Medicine, presented a talk showcasing his research on the importance of oxidation in our bodies, and how too much — or too little — can lead to disease. He focused on how oxidant stress promotes disease by activating an important enzyme: calcium/calmodulin-dependent protein kinase II (CaMKII).

CaMKII has many functions in the human body. It does good things such as regulate the fight-or-flight response and make heart muscles contract. But in the context of disease, CaMKII can also serve as a signal that promotes irregular heartbeats (arrhythmias) and diseases of the heart muscle (cardiomyopathy). Anderson and his lab found that oxidation activates CaMKII, and that CaMKII found in the heart is excessively activated by oxidant stress during disease conditions, leading to activation of many other proteins that appear to contribute to heart failure and arrhythmias. Anderson also showed data from mouse models suggesting that CaMKII also participates in asthma and diabetes. Asthmatic mice with genetic inhibition of CaMKII could breathe better than asthmatic mice without this genetic manipulation. Interestingly, mice with genetic loss of oxidized CaMKII in skeletal muscle showed marked reduction in exercise capacity and muscle contractility, suggesting once again that oxidation of CaMKII plays a role in disease. Lastly, Anderson showed how he and his group used genetics to determine the specific part of the CaMKII enzyme that is required for oxidation to activate it Understanding ways to control CaMKII activation could lead to new clinical therapies for treatment or prevention of heart disease and other diseases that involve CaMKII activation.

Continuing with the lecture series presentation, Anderson showed proof-of-concept evidence from mouse models that CaMKII drug inhibition could be used to treat heart failure and arrhythmias. He suggested that targeting the specific part of the CaMKII enzyme required for its activation could be an effective approach for designing therapies — drugs, inhibitory peptides and gene deletion — that may hold great promise. It will be important to learn if CaMKII inhibitory drugs can eventually be evaluated in clinical studies to better understand its effects in regulating arrhythmias and heart failure in humans. Overall, Anderson’s research demonstrated oxidation’s key role in CaMKII activity and how manipulation of this enzyme could be used as a new and effective antioxidant therapy.