Titan Titin: When Mutations in the Largest Known Protein Affect the Heart

“We know from our clinical experience in the practice of medicine that in diagnosis, prognosis and treatment, the individual and his background of heredity are just as important, if not more so, as the disease itself.”

For the second installment of the Heart, Lung and Blood Institute’s 70th Anniversary Lecture Series, Christine Seidman, co-director of the human molecular genetics program at Harvard Medical School, guided the audience through her quest to identify and characterize mutations in a protein called as a way to discover new therapies for heart diseases.

Seidman started her talk by setting the stage and describing why diseases of the heart muscle (cardiomyopathies) are extremely important and direr than you may have thought. Heart failure affects approximately 5.7 million adults in the United States, and about 75 percent of people who develop heart failure die within eight years of diagnosis. When looking at the root causes of heart failure, some are already well established, such as atherosclerosis and hypertension. However, in up to 50 percent of the cases, heart failure is of idiopathic origin, meaning that medical practitioners don’t yet know the source of these patients’ failing hearts.

Titin, also known as connectin, is an immense protein (the largest protein encoded by the human genome) and the third most abundant in muscle. It is responsible for providing structure, flexibility and stability to all three types of muscle tissue: heart, smooth and skeletal. Mutations in titin that alter its structure have been identified in patients who have cardiomyopathies, making it harder for them to pump blood and oxygen to support other organs in their body.

The mutations in titin — it may be cut short, or truncated — can be harmful because the titin does not appear to function in the same way as the full-length protein. Although these titin-truncating mutations don’t account for every case of heart failure, they do affect the cardiac health of certain patients and are even found in one in 500 healthy humans who are without evidence of cardiomyopathy. 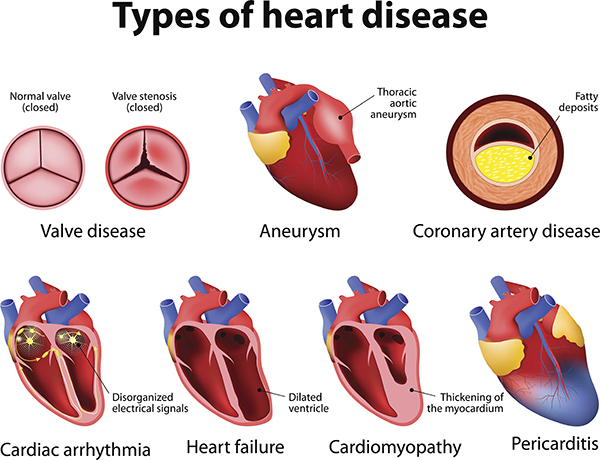 Seidman found that these patients with no evidence early in life of dilated cardiomyopathy (DCM) — a condition in which the heart muscle becomes abnormally thin — had a 16-fold increase in heart failure development as they aged. Also, whenever titin-truncating mutations were introduced into human cardiac microtissue (CMT) — heart tissue made in the laboratory — the titin mutants displayed abnormal twitching, inadequate response to cardiac stimulation, and diminished force when compared to normal cardiac microtissue. Overall, disease-associated titin mutations disrupt the function of the contractile unit in heart muscle and, for this reason, they matter and need to be better understood to determine the best way to treat them.

Seidman transitioned from this background information to focus on the ongoing work in her laboratory, where — along with her colleagues — she uses animal models, molecular biology and advanced stem cell techniques to deeply understand the mechanisms of cardiomyopathies and to inform new treatments for them. One of her ongoing studies that specifically caught my attention was the use of tarantulas to analyze how heart muscles relax.

If you’re wondering why anyone would go through the trouble of exploring how a spider flexes and relaxes its muscles, the answer lies in the fact that the motor proteins that make muscles contract (myosins) in tarantulas are 65 percent identical at the protein level to the myosins in our human hearts. Since mutations in human heart myosins are known to cause DCM and other cardiomyopathies, using tarantulas is an unconventional approach for researchers such as Seidman to interrogate human heart relaxation at the molecular level.

Using this hairy (and somewhat terrifying) arachnid and a cryo-electron microscope, Seidman and colleagues studied the tarantula’s myosin head structure and compared it with the mutated myosin head of patients who have hypertrophic cardiomyopathy (HCM), a condition in which a portion of the heart becomes thickened. Then, the researchers asked themselves, do mutations in the heart of HCM patients specifically affect the parts of the myosin head responsible for making the heart muscle relax? What they found was remarkable: 78 percent of mutations that caused hypertrophic cardiomyopathy occurred in the myosin heads of these patients, and 71 percent of those mutations altered myosin’s molecular charge, destabilizing it and preventing relaxation from occurring. In other words, these mutations encouraged heart contractions and impaired the ability of the heart to take a full and proper relaxation break.

The real question now is: Can this abnormal relaxation of the heart be fixed or prevented in HCM patients? World-class experts in cardiovascular disease (Seidman included) founded a company called MyoKardia and screened for inhibitors of the area in the myosin head that’s mutated in cardiomyopathy patients, preventing full relaxation of the heart. They found that a small molecule called mavacamten (formerly known as MYK-461) regulated the function of cardiac myosin so that heart cells could properly relax while reducing excessive heart contractions. When mice that carry HCM mutations were treated with mavacamten, their hearts could fully relax and had less scarring. Moreover, this relaxation was also reflected in human cardiac tissue obtained from HCM heart donors. Today, mavacamten is being tested in clinical trials (phase III) as a therapy for patients with obstructive HCM, a subset of HCM.

Who knew that studying tarantulas could lead to such applicable therapies for cardiomyopathies?

« Top Five Strategies to Generate Great Ideas and Build a Successful Startup » Three-Minute Thesis: A Case Study in the Economics of Communication