In NASA’s most comprehensive study ever on the physiological and molecular consequences of living in space for a prolonged period of time, scientists from across the country collaborated to investigate various aspects of human biology using samples from famous twin astronauts, Scott and Mark Kelly. Though a handful of astronauts had previously lived in space for roughly a year, a unique opportunity presented itself when Scott Kelly was scheduled to fly aboard the International Space Station (ISS). His identical twin, Mark Kelly, who happens to be a former astronaut, would be remaining on Earth during his brother’s mission, and could therefore act as the ideal “control” subject. Because the twins are genetically identical, data collected from Scott could be directly compared to data collected from Mark, who would serve as a baseline. This aspect of the study was the most groundbreaking and critical in terms of study design, and this is why it was the perfect chance for scientists to collect and compare as much data as possible on the effects of a long-term mission on the human body, with one subject in space and one on the ground.

Scott, referred to as “TW” in the recent Science paper detailing the study’s findings, had hundreds of samples collected from him before, during and after his 340-day mission. These included stool, urine, blood and saliva, and were collected at the same time points from Earth-bound twin, Mark, referred to as “HR,” over a period of 25 months. Researchers from 24 institutions comprising 10 research teams handled and analyzed the samples, investigating 10 major biological areas: biochemistry, cognition, epigenetics, gene expression, immunology, metabolomics, microbiome, proteomics, physiology and telomeres. (Dr. Andrew Feinberg of the Johns Hopkins University School of Medicine led the team investigating epigenomic changes.) 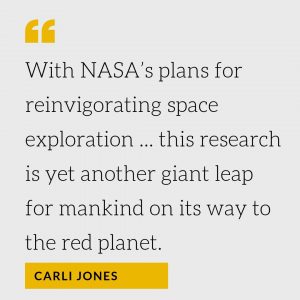 Collecting samples from Scott on the ISS presented challenges, including how they would be transported back to Earth for analysis. Many samples were flown down to Earth aboard the Soyuz capsule at room temperature, also known as an ambient return (AR). Unfortunately, the activity of certain enzymes — telomerase, for example — was lost in samples that had undergone AR, and researchers speculated that transit time and/or temperature variation during the return to Earth were the cause. To test this, the research team analyzed blood samples from healthy, age-matched NASA volunteers on the ground that had been in transit for at least 48 hours, which is the approximate transit time between the ISS and the Johnson Space Center in Houston, Texas. Indeed, telomerase activity was undetectable in these samples as well. Therefore, in future research studies, methods of sample transport from the ISS to the ground will need to be further improved upon.

Overall, the research teams identified a myriad of changes in the samples collected from Scott compared with his ground-based twin. Biological changes were categorized into low-risk, medium/unknown risk and high-risk groupings based on their functional importance as well as their persistence after returning to Earth. Some changes, including those that affected telomere length, body mass, microbiome composition and T-cell function, were deemed low-risk because they mostly returned to baseline levels after return to Earth. Most genes returned to their baseline expression levels by six months after return. The microbiome remained equally diverse in flight as before flight, which is a positive sign because dysbiosis is normally associated with poor health. Although ratios of certain bacterial species shifted in flight, they returned to their normal proportions within weeks of return. Telomeres lengthened during flight, but also shortened after landing back on Earth. In correlation with elongated telomeres, body mass reduced only slightly.

On the other hand, some changes that were categorized as high-risk included those related to spaceflight-associated neuro-ocular syndrome (SANS), vascular physiology, genomic instability and cognitive decline. SANS is a term used to group a set of ocular issues experienced by approximately 40% of astronauts, including optic disc edema, hyperopic shifts, globe flattening, cotton-wool spots and choroidal folds. These changes are thought to occur due to the drastic headward fluid shift that occurs due to low gravity, with about two liters of fluid moving from the lower limbs into the head and upper body. This fluid shift can lead to increased pressure, causing issues like SANS, in addition to vascular changes such as increased stiffness and thickness of arteries and veins in the upper body. The long-term consequences of the distension of these arteries and veins is currently unknown. It was also observed that there were increased chromosomal rearrangements in Scott Kelly during and after flight compared with his brother, Mark. It is thought that these rearrangements are due to double-stranded DNA breaks caused by ionizing radiation in the space environment. Post-flight cognitive performance also declined, with cognitive efficiency (a combination of speed and accuracy) being lower in Scott when compared with Mark. This has significant implications for the safety of future expeditions, for example, completing a mission after landing on Mars. Finally, there was a strong inflammatory response observed in Scott immediately after his return to Earth. These changes are all serious, but it is not yet known whether they will result in lasting repercussions.

Though this study was groundbreaking and informative, further research of this kind must be performed in order to obtain more data. Though it is unlikely that there will be subsequent opportunities as fortuitous as that involving the Kelly twins, more long-term missions are being planned. For example, former Johns Hopkins Applied Physics Laboratory employee and NASA astronaut Christina Koch is currently aboard the ISS, and her mission has been extended until February 2020. This means that she will set the record for the longest continuous space flight for a woman, coming in at 328 days, just 12 days shy of Scott Kelly’s stay. The data collected from the Kelly Twins Study will serve as a reference for future data collected from astronauts for years to come. With NASA’s plans for reinvigorating space exploration, including a cislunar station and a new Mars rover to launch in 2020, this research is yet another giant leap for mankind on its way to the red planet.

« What Is It Like To Attend The Johns Hopkins School of Medicine? » The Joy Is in the Ride!