Tales of Dinosaurs Past 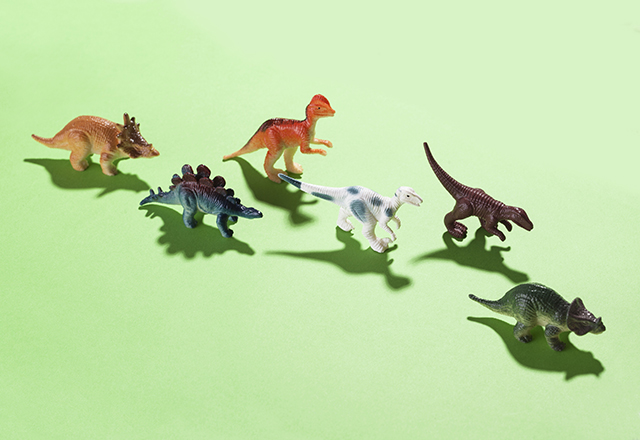 Do you remember sitting in your first or second grade class learning about dinosaurs? I distinctly remember being taught that a huge rock hit the Earth, causing a tumultuous series of events that ultimately lead to their demise. What I didn’t know is that there wasn’t sufficient evidence to suggest that the asteroid hitting the Earth was truly what wiped out the dinosaurs. Is it possible that dinosaurs were already on their way to extinction long before the asteroid struck? In a recent article in The New Yorker, author Douglas Preston recounts his experience with paleontologist Robert DePalma, who uncovered some of the first evidence to settle these debates.

This hypothesis has been heavily debated in the field of paleontology, and it has been referred to as the “three-metre problem.” To understand the basis of this theory, let’s first take a step back and look at what effects this fabled asteroid had on the Earth. They must have been incredible, to say the least. Upon impact, the asteroid was vaporized, creating an amazing amount of heat. Gigantic forest fires reached as far as 1,500 miles from where the asteroid struck at what is today the Yucatan Peninsula, due to the subsequent debris storm that reached the Indian subcontinent and set fire to the entire land mass. Fires consumed nearly 70% of the world’s forests. Tsunamis reached up to hundreds of feet, and dust covered the Earth’s surface, leading to darkness and ending plant life. After the fires and storms subsided, the Earth went into a deep freeze, ultimately killing 99.9999% of living organisms. This was a truly catastrophic event.

Today, the layer of debris, ash and soot resulting from the asteroid strike is preserved in the Earth’s sediment. The three-metre problem encompasses that almost no dinosaur remains have been found in the layers 3 meters below the KT boundary, the layer of debris, ash and soot that the asteroid strike deposited. Robert DePalma, a Ph.D. candidate at the University of Kansas, excavated a remarkable site in Nebraska’s Hell Creek geological formation, which spans the Cretaceous and the Paleogene periods. This site is of particular interest because during the time of asteroid’s impact, this landscape consisted of steamy, subtropical lowlands and flood plains. The seasonal floods and rivers that buried dead animals and plants created ripe conditions for fossilization and an ideal site for paleontologists.

As DePalma dug, he noticed microtektites, which are blobs of glass that form from molten rock blasted into the air by an asteroid impact. Upon digging deeper, he found tektites embedded within a crater, strongly suggestive of fallout from the asteroid. In this layer, he found fossils! He found several feathers, fish (in midswim), teeth, evidence of mammalian burrows and plants. But most remarkably, he found an intact, unhatched egg containing an embryo. This egg, and the other remains, strongly suggest that the dinosaurs were not heading toward extinction on the day the asteroid hit the Earth.

DePalma has discovered the “gold mine” of paleontology. But how did these sediments get to this site? Upon collaboration with experts in geophysics and sedimentology, the scientists have proposed a large earthquake to be the cause. These results and postulations are now published in the Proceedings of the National Academy of Sciences of the United States of America. The impact and magnitude of the earthquake would cause a large seiche, such that the blobs of glass would be deposited layer by layer. A seiche is a phenomenon that causes bodies of water (such as swimming pools and bathtubs) to slosh back and forth, but instead of water, there were glass sediments.

In this article, DePalma is quoted saying, “Extraordinary discoveries require extraordinary evidence.” His perseverance and ability to find a gold mine in a literal crater of sand and mud may have enabled us to understand the most seminal event of Earth’s history. As a scientist in training, I can’t help but feel inspired and motivated by his discovery. The answers to tough questions exist. We just have to look in the right places and with an open and curious mind.