Finding the Medicine in Historical Drama 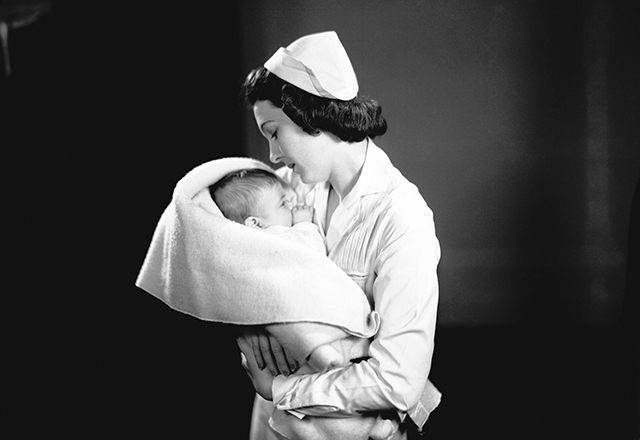 Every evening when I get home from campus, I put on the teakettle, get out my cross-stitch and flip on a TV show. Sawing noises and screaming come from the TV set as I stitch church steeples into blank linen. You may think I am watching American Horror Story or Hannibal, but the show is likely Call the Midwife or The Knick.

As a historian of medicine, I enjoy historical fiction despite its inaccuracies. As with a good blog or novel, well-written historical television shows both entertain and enlighten through storytelling that makes otherwise dry facts interesting — especially concerning medicine. Take BBC’s Call the Midwife. For those unfamiliar with this show, a convent of Anglican Sisters and young midwives trained by the National Health Service in the 1950s works to medically serve underprivileged populations in London’s East End. Together, these women perform home visits to advise patients on gynecological problems, perform natal checkups and, of course, deliver babies. Despite the occasional soap opera relationship, Call the Midwife is surprisingly accurate and presents its material with engaging plotlines and character developments. It also exposes a number of narratives that few people, even historians, know much about: those of the midwives themselves, Anglican nuns, working-class England, and women’s daily struggles with pregnancy and children in economically strained circumstances.

While Call the Midwife largely takes place on the streets and in homes, many history of medicine dramas center on the hospital. Cinemax’s The Knick and Netflix’s Charité, for example, emphasize medical developments in real hospitals at the turn of the 20th century. The Knick focuses on the gory surgical history at Knickerbocker Hospital in Harlem, New York, while Charité centers on medical research at Charité hospital in Berlin.

Let’s examine The Knick first. Although the show supposedly discusses medical progress in both surgery and clinical practice, academic reviewer Sari Altschuler notes that the viewers never see that progress. Rather, they learn to associate progress with blood and guts, and sometimes failure, on the operating table.1 The Knick’s doctors push for this progress in order to demonstrate their abilities to wealthier patrons who will pay more, handsomely, than their traditional working-class patients, especially targeting upper-class New Yorkers who could help support the hospital by paying its doctors for medical care.

Charité, too, lauds a narrative of medical progress, but it better stresses that not all medical developments mean progress. (Spoilers!) We watch Robert Koch create tuberculin — the first cure for tuberculosis — and quickly rise to fame after the first trials, then fall spectacularly when the medicine kills its cured patients. Simultaneously, economic struggles between Emil von Behring and Paul Ehrlich ensue over who owns the diphtheria antitoxin developed over the course of the show. Despite the inaccuracies in the show — for one, Kitasato Shibasuro, not Ehrlich, was Behring’s colleague on the discovery — Charité underscores the problems so-called “medical progress” involves. Although neither show is perfect, they expose a bloody history underneath the narrative of medical progress that the popular media so often give us. Yes, failure could result in “progress,” but it also caused death and professional schism in the process.

History of medicine is not limited to dramas set in hospitals or focused on medical workers. Hulu’s Harlots, a show about 18th-century London prostitutes, seems quite far from medicine. However, medicine and the body are embedded in the fabric of each episode. (Spoilers!) One episode in the first season notably features a syphilitic prostitute cast out by her madam, eventually causing a ruckus for the prostitutes who tried to help her. These pointed scenarios are rare, though. Viewers more often see the physical and mental marks prostitution made on women’s bodies, particularly scars from abusive customers, whip cuts from legal punishment and bruises from mistreatment by manipulative madams. Doctors sometimes visit the whorehouses, but more often, the women take care of one another, exhibiting the kinds of everyday lay medicine present in early modern London. Instead of being highlighted, medicine is an undercurrent that is naturally a part of these women’s lives. We learn about the culture and society of 18th-century prostitution, while learning about its medical practices in an age before the Contagious Disease Acts — the 19th-century British public health regulations monitoring venereal diseases in prostitutes — were formally written into law.

Just as in novels, which you can read more about in a Nursing Clio series, one should always be wary of the historical facts on television shows. But again, as in novels, shows aren’t meant to get everything correct. Good shows, like those above — and those are just four — inspire audiences to plunge more deeply into the history they expose. As a prior specialist in the history of smallpox vaccination, I can critique the smallpox inoculation scene in HBO’s John Adams as much as I want, yet my excitement still grows when I see the old procedure play out onscreen. Similarly, I can pull apart facts in Call the Midwife, The Knick, Charité and Harlots. However, my colleagues and I still recognize their power in transmitting history to nonspecialists.

So, don’t be afraid to dive into historical medical drama. You might be surprised by how much you learn and how much more you want to know.