How to Master a New Technique 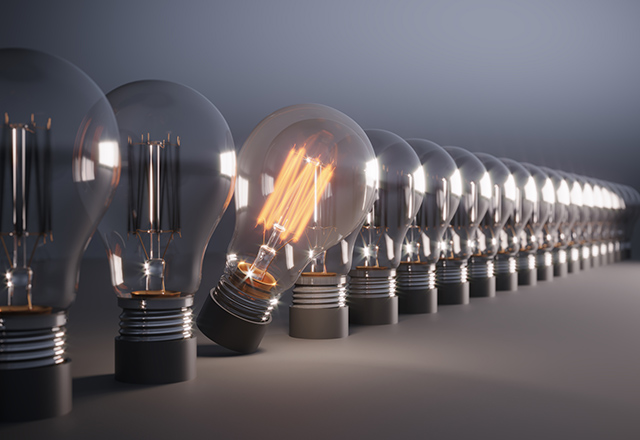 In a 2016 interview, Mark Zuckerberg — the co-founder, chairman and CEO of Facebook — reflected on a particularly impactful piece of advice that he had received from a mentor: “In a world that’s changing so quickly, the biggest risk you can take is to not take any risks.” This particular use of the term “risk” isn’t intended to describe dramatic or life-altering acts, but rather to refer more broadly to any action that requires you to step outside of your comfort zone. The fields of science, technology, engineering and mathematics are constantly evolving and, therefore, demand that their practitioners grow and evolve in kind. Those who engage in biomedical research are no exception.

As scientific journals grow increasingly more favorable to multifaceted projects that solve a conundrum through several angles of attack, it’s practically inevitable that you’ll be prompted to rapidly acquire technical competence in a variety of unfamiliar techniques — to step outside of your comfort zone and take a “risk.” The impetus to evolve will only increase throughout your career, regardless of your particular industry. While most skills can be learned through adequate amounts of focus and dedication, it’s always helpful to make the experience of acquiring new skills more efficient by staying grounded in a widely applicable process of attaining mastery. This process may vary from person to person, depending on your particular learning style. My own process for rapidly acquiring competence in a new skill or technique follows three sequential steps — imitate, improvise, innovate — that I first developed as a child while engaging in one of my favorite activities: Lego.

I wish I could have witnessed the look of consternation that must have washed over my face when I cracked open my first Lego set and dumped out the colorful mess of bricks. How exactly am I supposed to build something as impressive as a Mars rover out of these simple building blocks? The initial anxiety must have subsided almost as quickly as it arrived, thanks to the reassuring pages of the instruction booklet, which outlines exactly how Lego model designers construct the same sets. The detailed walkthrough provided by these booklets subconsciously encouraged the idea that a quality end-product could be achieved by taking things one step at a time. Troubleshooting was simply a matter of tracking down misinterpreted steps. The unknown need not be feared.

Likewise, a new technique might seem intimidating at first glance, but it can be conquered with the right guidance. Certain laboratory techniques are more amenable to learning by imitation, since colleagues in your lab or in other labs may have already attained some level of mastery. The benefits of in-person imitation — with added advice about challenging steps or common mistakes — can save you the trial-and-error that is required to successfully perform a technique through a written protocol, which more abstractly describes the methodology. When in-person guidance is unavailable, contacting others through online forums or emailing the corresponding author of a publication can fill gaps that might not be described in a protocol. There’s no need to reinvent the wheel — it only had to be invented once and imitated in perpetuity thereafter, with slight variations. In brief, you can go a long way just by imitating that which you observe.

The learning process can be messy sometimes, but the short-term chaos can lead to long-term benefits. After some experience in constructing multiple Lego sets, per the instructions, I’d often modify the sets that had been preordained, borrowing a structure from one set and combining it with a structure built in another. Soon enough, smaller rocket ships combined to become larger rocket ships, and different rooms combined to become castles. This type of mental wandering, guided only by curiosity and intuition, would serve as a valuable stopover on the road to mastery. Similarly, there may be multiple versions of a given protocol for which different steps perform better (or worse) depending on which protocol you choose. Perhaps combining the different protocols in a patchwork fashion will yield one that performs even better.

Improvisation may not always be spontaneous, but rather born out of necessity. Perhaps a protocol calls for a certain reagent but, instead of waiting a week for it to arrive, you use the same reagent already in the lab that has a slightly different concentration. How does it perform relative to the recommended concentration? Maybe you even make a mistake that happens to produce a beneficial outcome — your incubation step increased from 15 minutes to one hour because you forgot about it while attending a seminar, and now the protocol that had previously yielded subpar results suddenly exceeds your highest expectations. Improvisation is an elevated form of trial-and-error in which you instinctually modify standard procedure and become acquainted with the necessary or sufficient conditions for success in a new skill.

In most cases, improvisation is as far as you’ll ever have to go, but it’s not as far as you can go. What if you want to do something that lacks a standard procedure — something that has never been done before? If you can’t find a way, you have to make a way. In order to achieve what I would describe as the most advanced stage of mastery, you must understand the role of each fundamental component and reconstitute those components in new and interesting ways to produce novel effects. When I built a Lego pirate ship from scratch, I knew that I would need long and flat pieces for the bow of the ship, bricks with studs on both the top and the sides so that I could attach smooth panels along the sides of the bow, and a few special bricks that would allow me to build masts for the sails. I didn’t look at any instructions on how to build a pirate ship, but my knowledge of various pieces and the specific roles that they serve guided me on my path to jury-rigging the structures that fulfilled what I had envisioned.

Innovation in the lab can range from developing an entirely new experimental method to designing a new type of analytical framework. Every technique or skill ultimately boils down to a daisy chain of cause-and-effect relationships. What role does each reagent serve? What role does the duration of each incubation step serve? Why should I pipette up and down slowly in this step, but vigorously in the other step? You can leverage your understanding of the precise cause-and-effect relationships of prior protocols to generate completely novel applications. Many of the useful molecular biology techniques that we now consider routine were first devised with a similar eye towards innovation.

DNA polymerases replicate specific sequences of DNA when cycled through different temperatures in a pH-adjusted buffer that has been supplemented with primers, four types of deoxyribonucleic acids, and magnesium chloride? Maybe I can amplify a gene that I’m interested in using a polymerase chain reaction (PCR). Special bacterial Cas9 nucleases are capable of cutting precise regions of viral genomes that have a complementary sequence to a special RNA template? Maybe I can use those nucleases to cut precise regions of the human genome in a cancer cell line to knock out my gene of interest and see what happens. While it’s easy to take techniques like PCR for granted, it’s important to remember that there was a time when no one had ever done PCR before; a time before Dr. Kerry Mullis had won the 1993 Nobel Prize in Chemistry and had to string together a series of cause-and-effect relationships to do something completely novel. It’s exciting to think that the ingredients for the next great innovation lay well within our grasp, if only we were to realize it.

The same three-step sequence that I used to learn how to bring my imagination to life as a child applies surprisingly well to the process of learning the most cutting-edge skills and techniques in biomedical research. By imitating others, either in person or via instructions, I can perform the skill. By improvising, I can improve the skill and test its limits. By innovating, I can forge new skills that had never before existed. Hopefully my process for rapidly acquiring competence in a new skill or technique will prove useful in your own endeavor to push the boundaries of science, technology, engineering and mathematics.