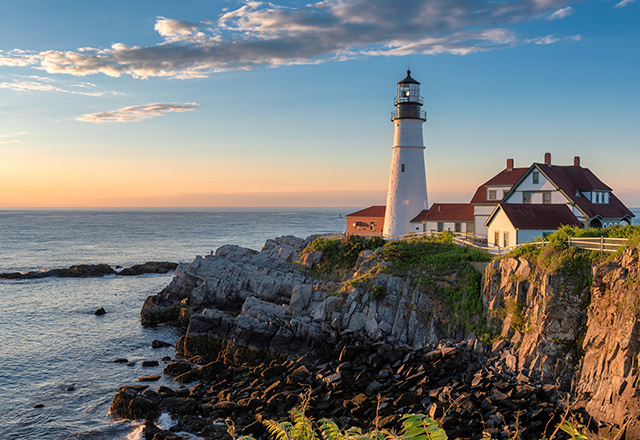 Since the emergence of “modern medicine” in the 19th century, biomedical researchers have uncovered insights that drastically improved the way we treat cancer. Surgical procedures for removing tumor-bearing organs, as well as radiation therapies, started to become widely used in the late 1800s as methods to remove solid tumors before they spread throughout the body. In the 1940s, Sidney Farber and his collaborators discovered the first chemotherapy: aminopterin, a molecule that effectively starves tumors cells of the essential building blocks required to make new RNA, DNA and protein. It was used to treat cancers that are widely distributed throughout the body, as opposed to being in a single organ. Critical discoveries in the 1970s identified two major classes of genetic abnormalities that cause tumor formation: activation of genes that promote growth, and loss of genes that limit growth.

In the late 1990s, rapid innovation in DNA sequencing technology exponentially lowered the cost of sequencing, and the first draft of the human genome was jointly announced by U.S. President Bill Clinton and British Prime Minister Tony Blair on June 26, 2000. In 2014, National Cancer Institute researchers working on the Cancer Genome Atlas published an analysis in Cell that outlined the mutations found in the protein-coding regions of 3,527 tumor specimens from 12 cancer types. This analysis systematically identified many of the growth-promoting and growth-limiting genes that are most frequently mutated in cancers. More recently, on Feb. 5, 2020, a global consortium of researchers released an analysis in Nature of “more than 2,600 whole genomes from 38 types of cancer and matched healthy tissues to identify common patterns of molecular changes.”1

These advances in cancer genomics have directed the biotechnology and pharmaceutical industry to develop various classes of targeted therapies that inhibit defective cancer-causing proteins. While these advances have led to an overall increase in survival, cancer is still the second leading cause of death behind cardiovascular disease, having accounted for an estimated 9.56 million deaths worldwide in 20172. Biomedical researchers continue to devise novel strategies for treating various types of cancer. In this article, I’ll introduce you to Foghorn Therapeutics, its scientific co-founder, Cigall Kadoch, and the new types of epigenetic drugs that they are developing.

From Genetics to Epigenetics

Large-scale sequencing efforts have mapped out a close approximation of the DNA sequence found in every human cell, with a few exceptions (human red blood cells evacuate their genome during development). If every cell has the same set of genetic instructions, how do we get different types of cells? Think about all of the genes in the genome as all of the cooking ingredients in your kitchen. It is very unlikely that you would mash together all available ingredients every time you cook a meal. More likely, you would follow a recipe that incorporates a few ingredients in certain amounts for any given dish. Similarly, cells don’t activate all genes at the same time. Instead, different cells use different genes at different levels to perform distinct functions in different organs systems in the body. Despite having the same genome, retinal ganglion cells activate genes that allow your eyes to sense light, while parietal cells in your stomach activate genes to churn out digestive acids. The process of telling the cell the recipe for what genetic ingredients to use is called epigenetics. Just as epigenetics can influence cells to perform different functions, dysfunctional epigenetic processes can lead to formation of cancer.

A wide variety of proteins facilitates epigenetic changes, but the proteins that influence gene expression by reorganizing how DNA is folded up inside the cell drew the attention of Cigall Kadoch, an assistant professor of pediatric oncology at the Dana-Farber Cancer Institute (see the lab website, a Foghorn Therapeutics profile and an interview on Nature Biotechnology’s First Rounders podcast). These “chromatin remodelers” have been the focus of her lab’s research since its inception and have served as the basis for the biotechnology company Foghorn Therapeutics, which she co-founded in 2015 with Douglas Cole (managing partner, Flagship Pioneering) and Gerald Crabtree (professor, Stanford University; investigator, Howard Hughes Medical Institute)7.

The chromatin remodelers that Kadoch studies, called mSWI/SNF, are comprised of 29 proteins that assemble into a larger structure on DNA. In healthy cells, they activate specific genes by creating space for the protein machinery that is responsible for transcribing and synthesizing new proteins. When this process goes awry, it can lead to the overactivation of genes that promote growth or the inactivation of genes that limit growth, which can transform healthy cells into cancer cells. Furthermore, genes encoding the mSWI/SNF chromatin remodelers are collectively mutated in more than 20% of all human tumors. In other words, they are more frequently mutated in cancer than almost any other gene in the human genome4.

Foghorn Therapeutics is currently investigating three primary strategies for developing drugs that target the mSWI/SNF chromatin remodelers 5. The first strategy is to directly inhibit the activity of specific mSWI/SNF chromatin remodeler proteins. The company’s lead drug candidate is FHD-286, a potent and selective inhibitor of the mSWI/SNF proteins SMARCA1 and SMARCA2. To enable first-in-human phase 1 clinical trials of the drug as a treatment for acute myeloid leukemia (a type of white blood cell cancer) and uveal melanoma (a type of skin cancer), FHD-286 is undergoing pre-clinical validation in preparation for an FDA filing scheduled for the fourth quarter of 2020.

Foghorn Therapeutics’ second strategy is to selectively degrade mSWI/SNF proteins. This leverages targeted protein degraders, a class of small molecule drugs that lead to an almost complete loss of a specific protein. These targeted protein degraders have been demonstrated to cripple both the functional and structural integrity of the mSWI/SNF complex, leading to cancer cell death. Foghorn is reportedly developing three such molecules that target mSWI/SNF proteins: one targets BRD9, one targets ARID1B and another targets BRM.

The third strategy is to intercept the ability of mSWI/SNF complex members to interact with problematic transcription factors that turn on cancer-causing genes. Foghorn has partnered with the pharmaceutical heavyweight Merck, and pre-clinical activities are underway, although the company has yet to disclose specific information about the molecules.

While the epigenetic drugs being developed by Foghorn Therapeutics are still in pre-clinical development, they represent a promising approach to treating various types of cancer. Furthermore, they build on centuries of accumulated understanding in cancer biology, genomics and epigenetics. Armed with a strong scientific brain trust and a robust institutional backing, we should be sure to keep an eye on Foghorn Therapeutics as it sets out to push the boundaries of what conditions are deemed “treatable.”