Would You Eat Lab-Made Meat? 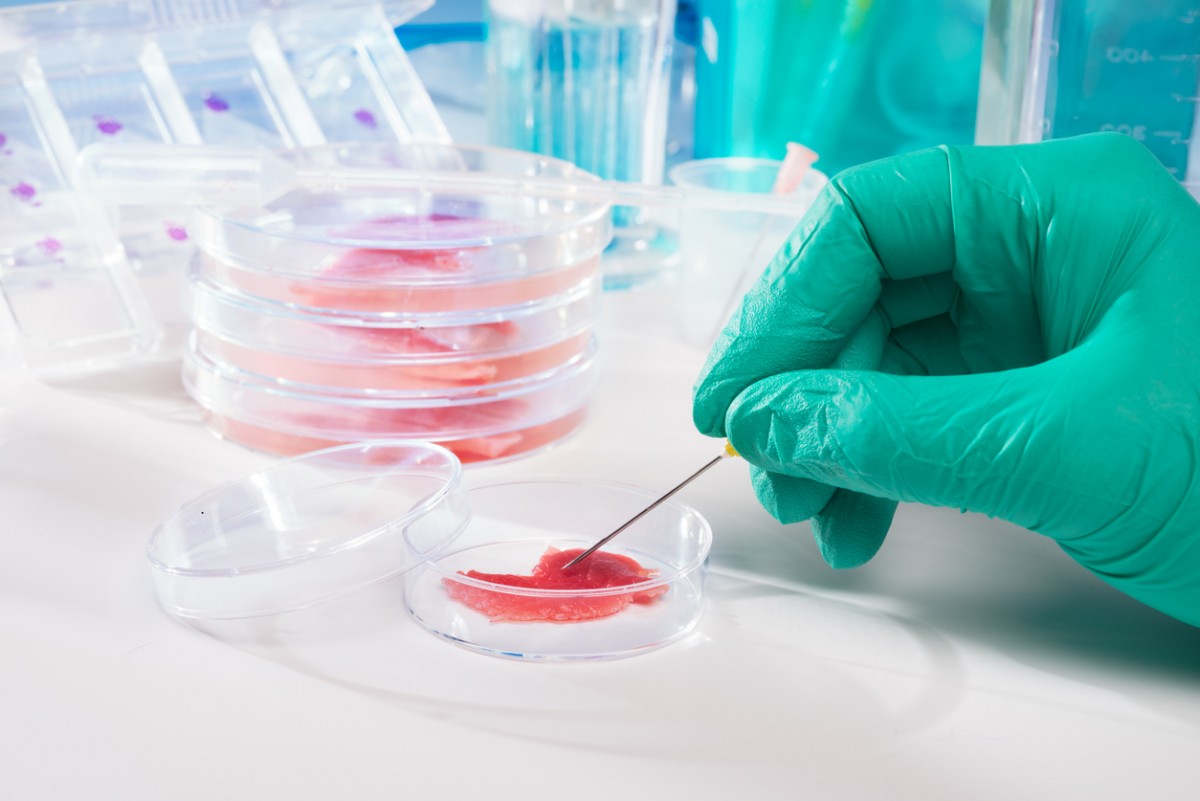 As a researcher in a muscle biology and regeneration lab, it’s disturbing to picture myself eating the tiny pieces of muscle I grow in petri dishes. However, the idea of growing muscle (meat) from avian (chicken) or bovine (cow) stem cells in the laboratory for human consumption is a reality today. Some people consider it a replacement to current meat production standards and its rising global demand.

In 2013, the Dutch stem cell researcher Mark Post presented to the world the first cell-cultured hamburger that was cooked and tasted live on air. The patty took three months to make using 20,000 muscle fibers grown from bovine stem cells in Post’s lab at an approximated cost of €250,000, which was financed by Google co-founder Sergey Brin. This cell-cultured beef burger represented a notable milestone in the field of cellular agriculture.

Another researcher eager to shift meat manufacturing from the farm to the lab is Gabor Forgacs, a biological physicist at the University of Missouri. Forgacs’ goal is to use 3-D printing technology to fabricate larger bits of meat from myocytes (muscle cells). Additionally, the company Memphis Meats in San Francisco, California, announced in March 2017 that they have produced “clean poultry” — chicken and duck meat from cultured cells of each bird.

Cultured stem cells can be used to grow millions of tons of meat, reducing animal suffering and helping the environment stressed by huge tracks of lands occupied by livestock. In conventional meat production from “factory” farms, antibiotics are regularly given to healthy animals to encourage their growth. On the other hand, lab-grown meats are prepared in a sterile lab environment, circumventing antibiotics and bacteria present in live cattle. According to a 2011 study, cultured meat requires less land and energy to make than common methods for producing pork, sheep or beef. Moreover, clean poultry would require even less energy to produce than lab-made meat. Even though engineered meat provides an animal-free alternative to present meat production, no synthetic food has yet reached the marketplace and it is not clear which government agencies would supervise this emerging food source. 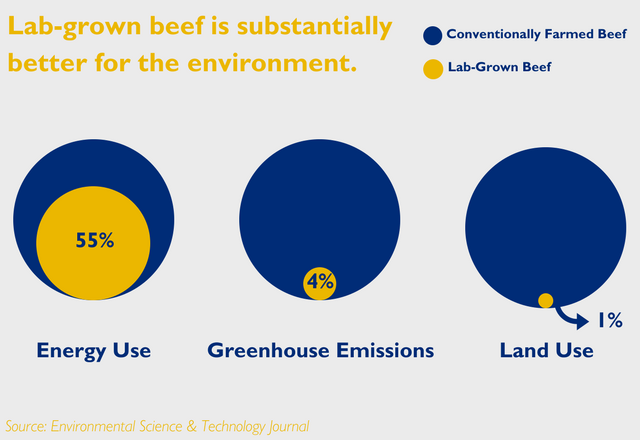 Historically, the Food and Drug Administration (FDA) supervised the safekeeping and security of food additives while the U.S. Department of Agriculture (USDA) regulated meat, poultry and eggs. Moreover, the Center for Biologics Evaluation and Research (CBER), a center within the FDA, regulates biological items for human consumption. This includes products made from human tissues, blood and cells and gene therapy procedures. New food products like lab-grown meat do not fit into present-day regulatory definitions. To address this problem, the White House launched in 2016 an initiative to clarify which U.S. agencies are responsible for a given product and how such agencies should regulate agricultural biotechnology. Meanwhile, industry leaders are focusing on making their potential lab-based foods comparable to existing products that are known to be safe for human consumption. The groundwork laid by these companies could provide a path for approval of lab-made meat for the end consumer — you and me.

The push to generate cheap and mass-producible lab-grown food is underway and perhaps one day coming to a burger joint near you…the “deluxe myocyte patty”— would you eat it?

1 thought on “Would You Eat Lab-Made Meat?”