CRISPR Gene Editing in Human Embryos Performed for the First Time Ever in the U.S.

For the first time ever, scientists in the United States have performed gene editing experiments using CRISPR-Cas9 in humans. CRISPR-Cas9 is a bacterial DNA editing system that researchers have harnessed to change the specific sequence of DNA, with precision down to a single letter of the DNA code. Many pilot studies have been done in the five years since CRISPR’s initial discovery as a genetic engineering tool; most have worked to prove its efficacy, safety and ease of use. Now that scientists have established the potential of this tool, the question arises: Can we use this to manipulate the human genome?

In a Nature report, Shoukhrat Mitalipov and colleagues at the Oregon Health and Science University reported their success in correcting a mutation that is known to cause hypertrophic cardiomyopathy, a heart disease that affects about one in 500 adults, and the most common cause of sudden death in healthy athletes. Because the condition doesn’t manifest until later in life, adults often pass on the gene unknowingly;  50 percent of children from an affected parent will inherit the disease.

The heart condition can be caused by variants, or changes to the DNA sequence, of any of nine genes, including one called MYBPC3. Although advances in in vitro fertilization now allow parents to choose embryos that do not harbor these changes, the success of this method is limited by the 50 percent inheritance rate. In such cases, gene editing could potentially allow for embryos harboring deleterious variants to be corrected and implanted, leading to more healthy pregnancies and, correspondingly, more healthy adults without hypertrophic cardiomyopathy. 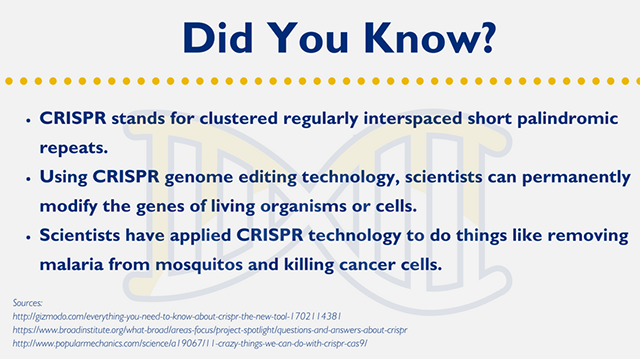 Using CRISPR-Cas9 gene editing, Mitalipov et al. were able to correct the disease-causing MYBPC3 variant in 67 percent of human embryos. Due to off-target effects, some of the editing events lead to errors, completely destroying gene function in the edited copy, while other embryos were not edited at all. Even so, the high efficiency and accuracy of editing demonstrated by the authors are promising results. However, none of the embryos in this study were implanted or allowed to progress to pregnancy. This report established the safety and efficacy of using CRISPR-Cas9 to edit human embryos, beyond the work already done in cell lines or animal models, but it does not answer many underlying questions about changing the blueprints of human cells.

One day after the Nature report, the American Society of Human Genetics, along with many collaborators, published a statement to guide further genetic editing experiments in humans. At this time, they caution that many scientific and ethical questions remain regarding altering human genome. Therefore, they argue, no gene editing that can be passed on to the next generation should be allowed to progress to pregnancy. However, the group of scientists does not believe that all work on human embryos should stop, and suggests that more experiments using donor embryos and gametes could help to facilitate research regarding future clinical applications.

Lastly, they urge that any use of gene editing as a clinical treatment should only occur if it meets the four following criteria: a compelling medical rationale, an evidence base that supports its clinical use, an ethical justification, and a transparent public process to solicit and incorporate stakeholder input. Right now, human genome editing is in its infancy. More work is needed to ensure that efforts meant to correct gene function only benefit patients, as well as to ensure that other treatment options aren’t more feasible or cost-effective. Policy makers need input from physicians, patients and the public to ensure that small changes don’t cause big, undesirable consequences for society.

The story of CRISPR and gene editing, in humans and the U.S., is only just beginning. With these tools, scientists and physicians have great power and great responsibility, the promise of healing many genetic diseases just on the horizon.