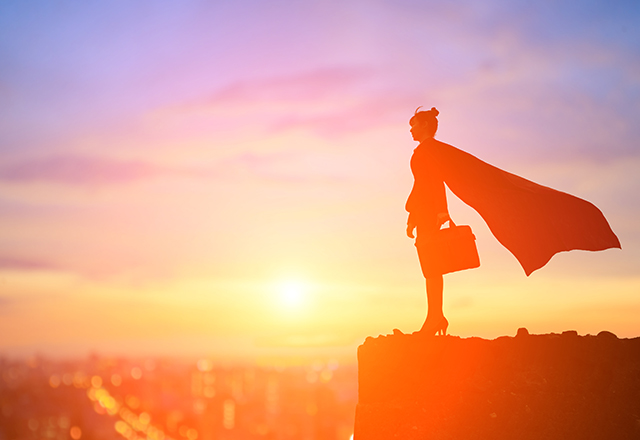 It’s a bird! It’s a plane! It’s…the Science & Entertainment Exchange? Ann Merchant swooped into the February Telling Stories About Science seminar with an origin story in hand and prepared to engage. The goal of this seminar program is to invite professionals with a wide variety of backgrounds and expertise to give monthly seminars on scientific communication. With 25 years of experience in marketing and communication, Merchant is currently the acting executive director for communications at the National Academies of Sciences (NAS), Engineering, and Medicine. This position—acting executive director—may conjure up images of boardrooms and pantsuits, but Merchant throws those stereotypes out the window. Under her guidance, the NAS has developed several innovative outreach programs that employ nontraditional channelston, such as television, film and video games. The focus of Merchant’s seminar was the origin story of one of these innovative programs: The Science & Entertainment Exchange (The Exchange).

The NAS was established in 1863 by an Act of Congress, which was approved by President Abraham Lincoln in the midst of the Civil War. It is a private, nonprofit organization whose mission is to provide independent, objective, scientific advice to the nation. As the NAS has grown and developed over the years, Merchant stressed that a new element of their mission is to communicate more broadly. To accomplish this goal, she turned to film and television. 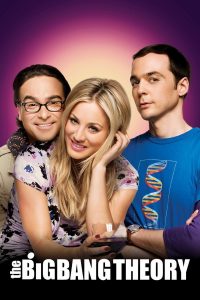 In 2008 Merchant launched The Exchange, which brings together entertainment industry professionals with top scientists and engineers to create engaging storylines informed by science. Writers may need a quick fact check or possibly a special briefing, and The Exchange provides a platform for quick access to experts from all scientific disciplines. This unique science consultation program has garnered considerable interest since its genesis. As of 2015, The Exchange had performed more than 1,000 technical consultations on productions including The Avengers, Big Bang Theory, House, Dr. Strange and many others.

Skeptics might wonder if The Exchange could have a real impact on how the general public understands or engages with science. A compelling argument that supports the ability of television or film to inform and change public opinion comes in the form of the Harvard Alcohol Project. This project was launched nationally in 1988, and it revealed that a collaborative public and private sector campaign can rapidly change social norms. Harvard’s goal was to reduce alcohol-related traffic fatalities by introducing a new social concept: the designated driver. All major Hollywood studios participated in the campaign, as well as the ABC, CBS and NBC networks. These networks frequently aired designated driver public service announcements during prime-time broadcasting. Remarkably, TV writers on Cheers and L.A. Law even included drunk driving prevention messages and references to designated drivers in their scripts. By 1991, national public opinion polls showed that 97 percent of young adults ages 18-24 were familiar with the designated driver program and viewed it favorably. Although The Exchange functions on a smaller scale, the Harvard Alcohol Project shows that directed, informed entertainment writing can have a positive impact on the public.

In addition to the potential public good, The Exchange also benefits filmmakers and scientists. For filmmakers, the scientific advice adds an element of realism to their work, and their interaction with scientists can provide inspiration for new narratives. As Janet Zucker, producer and vice chair of The Exchange Advisory Board, says, “We want writers and directors to feel comfortable and to know exploring science will only open up the number of creative possibilities for their storytelling.” For scientists, it provides a platform to spread their research into the public eye and may spark new interest in their fields. The Exchange provides an exciting new platform for scientific communication, and I think I can speak for most scientists when I say it gives us one more reason to strive for membership in the National Academy of Sciences. Who doesn’t want to be a consultant on the next big blockbuster?