Reflections on Pride Month As a Gay Scientist


Most days, I just think of myself as a scientist. But in honor of Pride Month, I am embracing my identity as not just any scientist but specifically a gay scientist by reflecting on the struggles I’ve faced as a gay student and the challenges LGBTQ+ scientists face today. 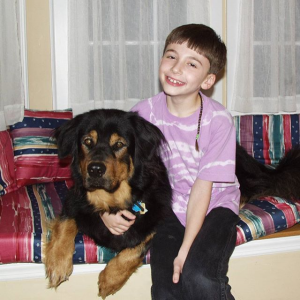 It’s easy to minimize the difficulties I had coming to terms with my sexuality. I grew up outside Boston, Massachusetts, attended undergrad at Yale University in Connecticut, and then came here to Johns Hopkins; all three are very progressive, accepting communities. But even with the best of circumstances, being gay hasn’t come without consequence. Starting in elementary school, I was teased for getting along better with girls (and their “girly” interests) and occasionally saying or doing flamboyant things. This created in me an overwhelming self-consciousness — I constantly policed my own actions and interactions — that I still feel traces of today.

Time and time again I was reminded why it was so important for me to suppress any sign that I was different: My best friends in seventh grade decided to stop talking to me because they suspected I was gay, a classmate in high school announced regularly that he hated gay people and all gay people should leave the room, a crew teammate in college remarked about a prospective rower with long hair and skinny jeans, “He looks like such a f*g, I bet he couldn’t even row hard.” I sought to surround myself with an inclusive community, but you’re never fully insulated. I remember one time asking a Yale student to swipe me in to a door so I could rejoin my singing group’s rehearsal; he did so, and then said, “Have fun s*cking c*ck,” as the door shut behind me.

These moments are as salient to me today as the minute they happened. They created in me a paranoia that every cruel glance or lewd comment I caught was a dig at my sexuality. And I had it easy. I never faced violence or homelessness or ostracization from my community, but much of the LGBTQ+ community has and still does today. That is to say, the best-case scenario as an LGBTQ+ youth is moderate bullying and long-lasting anxiety; the worst-case scenario is much, much worse.

I share these memories because understanding why individuals reacts the way they do to their environment depends on knowledge of their past. The issues I’ve faced as a gay scientist are relatively harmless on their own, but the impact is compounded by a history of not feeling welcome.

When I first planned to apply to Ph.D. programs in neuroscience, I asked a queer grad student in my lab, “Do you know of any LGBTQ+ neuroscience professors?” We couldn’t think of any — not a good sign as I was preparing my foray into the field. As time went on, I began to learn of a few, including the inspirational and outspoken Ben Barres. But besides Ben, most of the LGBTQ+ professors I learned of more or less kept their sexuality quiet.

I grew concerned about the fact that there were so few professors who were openly LGBTQ+ and began to ask others why this was the case. From a group of scientists I trusted, I received the disappointing and misguided answer that academia is a post-LGBTQ+ society where professors no longer need to disclose their identity because nobody cares about that anymore. I knew this couldn’t possibly be the case; I had one of the easiest childhoods a gay person can hope for, and even I internalized the value of hiding parts of myself. I wrote about this exchange on Twitter and, to my surprise, it hit quite a nerve with the online community; hundreds of people supported my sentiment, and dozens of academics shared homophobic experiences they endured. Some great initiatives followed to improve visibility: Openly LGBTQ+ scientists began adding pride flags to their names and bios on Twitter, and a series of posts from LGBTQ+ scientists began through the hashtag #lgbtscience.

Though I wouldn’t say I’ve personally experienced discrimination as a gay scientist, there are certainly instances of discomfort and isolation. When I first started as a Ph.D. student, I was very nervous to tell colleagues, especially professors, that I had a boyfriend. Personal life comes up surprisingly often, and I’ve listened to dozens of professors talk about their unique challenges when it comes to coordinating jobs and lifestyles with their cisgendered heterosexual partner; I’ve never heard a story about an LGBTQ+ couple in these semi-professional settings. When discussions of childrearing and its impact on career come up, the assumption is that there is a woman in the relationship who usually ends up being the primary caretaker. Though I don’t feel intentionally excluded, it’s a reminder that people like me aren’t the norm here.

In the future, I hope to be part of a scientific community that intentionally values and supports the LGBTQ+ community and recognizes the obstacles we face. Getting there is not a clear path, however. Visibility efforts like those on Twitter and initiatives like 500 Queer Scientists have been great for helping to bring those in the community together. But advocating for LGBTQ+ representation in science is limited by the fact that we are not a recognized underrepresented group by science funding agencies (let alone nonscience agencies), although that will hopefully begin to change soon.

In the meantime, I’ve made the decision to try to make the communities I am part of as welcoming as possible. Part of that is by being a visible, vocal LGBTQ+ voice at Hopkins and within the neuroscience field, and part of it is by working with fellow students to improve acceptance for all underrepresented groups, including ethnic minorities. Creating a space full of sensitive, compassionate people from diverse backgrounds is the best bet to make sure that every person feels welcome and free to be themselves.

So, to bring it back to Pride, what does it mean to spend a month honoring the LGBTQ+ community? I see it as a celebration of a people who have historically been cast aside. It is a tribute to those who took great strides to fight for our acceptance, and it’s a reminder that, wherever we are, no matter how comfortable we are in our daily roles, we should always strive to make our communities a safer place for all.

Share This Post
diverse perspectivesdiversityLGBTQ
« Do’s and Don’ts for Preparing for Your Thesis Committee Meeting » The Great Baltimore Ice Cream Crawl: Living in the Golden Age of Frozen Dairy