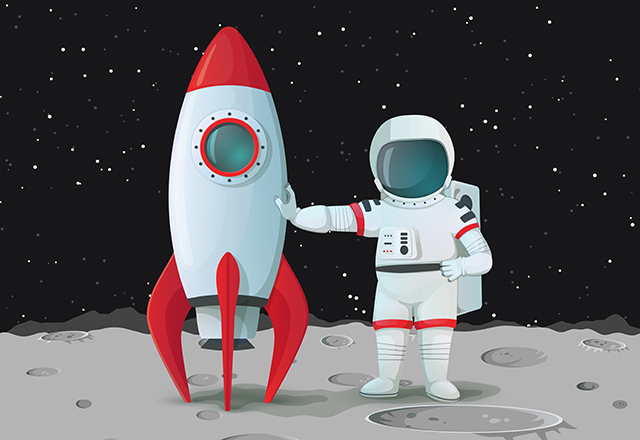 On July 20, 1969, the Apollo 11 Lunar Module Eagle touched down on the surface of the moon. Approximately 650 million people around the world watched in awe as Neil Armstrong took his historic first steps on the moon on national television. Michael Collins, Neil Armstrong and Buzz Aldrin had set out on an eight-day-long journey to the moon on Apollo 11 — the sixth of the Apollo missions, and the first-ever mission where a human walked on the surface of the moon. As Collins orbited the moon, Armstrong and Aldrin spent 21 hours on the lunar surface, setting up various experiments and collecting samples. These included a solar wind experiment, a seismometer to detect physical events that might affect the structure of the moon, and a laser reflector to collect information on the moon’s distance from Earth. In addition, they collected 50 pounds of rocks and surface material, and erected the American flag.

While they are not as well-known as the astronauts, a team of Johns Hopkins University Applied Physics Laboratory (APL) engineers played an important role in the broadcast of the moon landing. These engineers were called the Space Systems Application Group and were led by Gary Whitworth. Together they worked on perfecting the image quality on NASA’s slow scan television camera. In 1969, normal television showed 30 frames per second, but the slow scan camera only showed 10 frames per second. Without improvements, the image quality would be extremely fuzzy, and it would be impossible to discern what was happening on the moon during these historic moments. NASA consulted with the Space Systems Application Group, and together they were able to reduce interference from various factors in space by 98%, allowing viewers on Earth to get a clearer picture of Armstrong’s famous first steps.

While no human has walked the moon in decades, NASA has plans to change this in the near future. By 2024, NASA aims to land astronauts on the lunar south pole. They are making progress in doing so by working on the Space Launch System, which is composed of the Orion crew capsule and the Gateway lunar command module. The goal is to position the Gateway module to orbit the moon so that it can serve as a rendezvous point for missions to locations all over the moon’s surface, as well as beyond the moon itself. Even before putting humans back on the moon, NASA plans to send payloads to the lunar surface via Commercial Lunar Payload Services. This will include robots to continue exploration of the lunar surface and environment, and is projected to occur no later than the end of 2021. The use of commercial contractors will accelerate NASA’s timeline by several years.

The coming decade will be an exciting one for space travel. Johns Hopkins APL has continued to be involved with NASA over the years, most recently with the historic launch of the Parker Solar Probe in August 2018. With a new generation of scientists, engineers, mathematicians, physicists and more working on cutting edge issues, we may be able to take even greater leaps than the moon in our lifetimes.