Insights from a Neonatal Chaplain 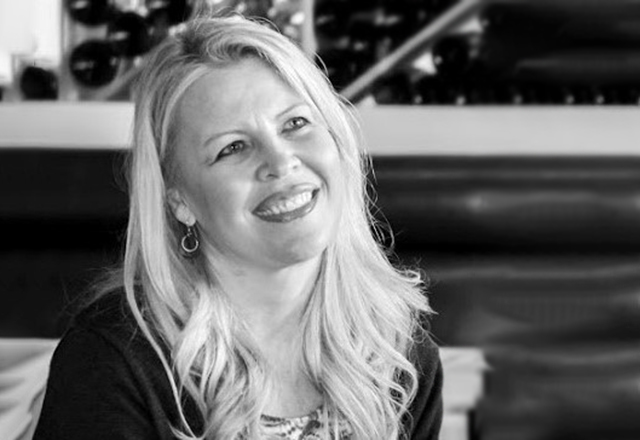 When I began my neonatology fellowship at Johns Hopkins over a year ago, I knew very few people. Names and faces were a blur for the first several weeks, but one face stuck out. Kat Kowalski radiated warmth and understanding. I immediately recognized that she would be a genuine resource in the busy and active neonatal intensive care unit (NICU). Kat serves as the NICU chaplain, and her role as a beacon of support extends far beyond the staff. It is difficult to capture Kat’s essence and immense contributions to the NICU. However, I will try to provide a glimpse into her work through a brief description of how she found chaplaincy, what motivates her and how she handles the trials of her work.

The Rev. Kat Kowalski’s path to the Johns Hopkins NICU was quite fortuitous. Before attending seminary, she was an artist. Kat discovered that she was spending less time in the studio and more time in the community using the arts to “do ministry” in underserved populations. Based on her love of people and the empowerment she felt working with them, eventually Kat decided that seminary might be an appropriate educational choice.

When she entered seminary, Kat knew little of what a chaplain did. This changed when she took the required course “Clinical Pastoral Education,” which uses real world experiences to train hospital and hospice chaplains. Kat enrolled for a summer unit at Johns Hopkins Bayview Medical Center, during which she discovered her passion for chaplaincy. After additional training and education, Kat decided to pursue a residency in chaplaincy at The Johns Hopkins Hospital, during which she rotated through various units, including the NICU. She describes that she “very quickly had an affinity for the NICU,” and that it was a “very natural fit.” After a year of working in the NICU, she returned to seminary to complete her education while continuing her work in the NICU as a chaplain fellow. Following completion of seminary, the NICU and palliative care teams created a position for Kat. Since then, her entire chaplaincy career has been at Johns Hopkins.

Kat is unique among her co-workers. She is the only chaplain who works for a specific division within pediatrics, as other chaplains at the Children’s Center work in various divisions. Leaders at Johns Hopkins, such as Sue Aucott, medical director of the NICU, and Nancy Hutton, medical director of Harriet Lane compassionate care, were critical in securing Kat her job in the NICU. They saw the value that a division-specific chaplain would add to the culture of the NICU. Kat has been happy to fill this role as a part of the NICU team. “It’s clear that Hopkins is so cutting edge in terms of our medicine. Especially in the NICU … we’re keeping babies alive earlier and undergoing experimental therapies.” In terms of her niche, she comments, “There was so much they were doing right by families, but there was more that could be done in terms of deaths. I continued to delve into the palliative care realm, and that’s been my specialty.” Kat’s responsibilities span a variety of avenues and include prenatal consults, NICU support for families (such as baptisms and end-of-life care), support for NICU staff, transitioning to hospice services, and work with the palliative care team (of whom she speaks highly).

Motivation Behind Her Ministry

Several personal experiences helped Kat build empathy and “inform her ministry” for the challenges that families in the NICU face. Kat experienced the unexpected loss of her nephew, Zachary, after cardiac surgery at 3 weeks of age. She witnessed her sister grieve the loss of her child and eventually find a way through. Another one of Kat’s nephews, Sullivan, was diagnosed with brain cancer. Kat provided support for her family through this challenging experience. In addition, Kat is a “Tet baby” — she was born with a congenital heart disease called Tetralogy of Fallot, which required her to have cardiac surgery at a young age, a surgery that was founded at Johns Hopkins. All of these personal experiences have empowered Kat to support other families through similar emotional challenges. She believes she comes across as genuine, a term I have often heard others use to describe her, because her motivation comes from a place of personal knowing.

From the perspective of the staff, Kat is a valuable resource for families and patients as well as the medical personnel. Willing to come in whenever she is needed, Kat is a beacon of hope in extraordinarily challenging times. As Kat recognizes, “few things are worse than the death of a child, and that’s what I deal with on a daily basis.” Despite this, Kat is able to remain hopeful and positive. When asked about the most rewarding part of her job, Kat describes that it is “shocking how grateful people are. Knowing that their experience has been transformed because of an interaction is really rewarding.”

Interestingly, Kat likens her experience as a NICU chaplain to that of a flight attendant. Kat describes herself as a “terrible flyer” who sits in the front and stares anxiously at the flight attendant the entire ride. On the bumpy flights we as the medical team sometimes ride, Kat is the steadfast and soothing flight attendant. Her unwavering presence keeps both parents and medical professionals calm so that all energy can be directed to the care of the child. What makes the NICU unique, Kat believes, is that the babies have lived their entire lives there. To create a space for a family to have some good memories is critical. She aims to “make something of these little lives” and “create a life of love” for them. “As often as I’ve heard a parent say ‘I love you’ to their child, I’ve heard them say ‘I’m sorry.’” Kat works tremendously hard to bring relief to grieving parents.

Dealing with death can be difficult and requires a tremendous amount of self-care. Regarding self-care, Kat recognizes that she sometimes struggles like the rest of us. When asked about advice for those experiencing difficult times she explained, “I need that advice!” That said, Kat takes care of herself in a number of ways. This summer she took a longer vacation, which she “didn’t realize she needed.” She tries to exercise and eat well. Laughing — having a sense of humor — is of critical importance to her. Nature, walking and sitting outside are equally helpful. Kat also enjoys taking care of other small creatures, such as her cats. Being an aunt to 12 nieces and nephews is her favorite role in the world. Kids, she describes, help lift your spirits and help you see the world in different ways. In addition, Kat stressed the importance of relying on your peers, “being able to touch base … because they really know what you’re going through is huge.” Overall, she feels good about the work that she does and the families that she helps. What weighs heavily on her heart are all the families she doesn’t come into contact with, who she wishes she could help. She reminds us, “I feel like I preach self-care, but I’m not excellent at it. You can’t show up and do your best unless you’re taking care of yourself.”

Finally, when asked about advice she’d give herself 20 years ago, she’d tell herself that life is long and there are a variety of different adventures on which we can embark. Be open to them, and don’t be afraid to make a decision. Kat had faith that her journey would lead her to a place of fulfillment, and she has shared this hope with countless people along her path. Her journey continues and we are better for it.

1 thought on “Insights from a Neonatal Chaplain”