The Biopharma Startup: A Heart-Pounding Venture 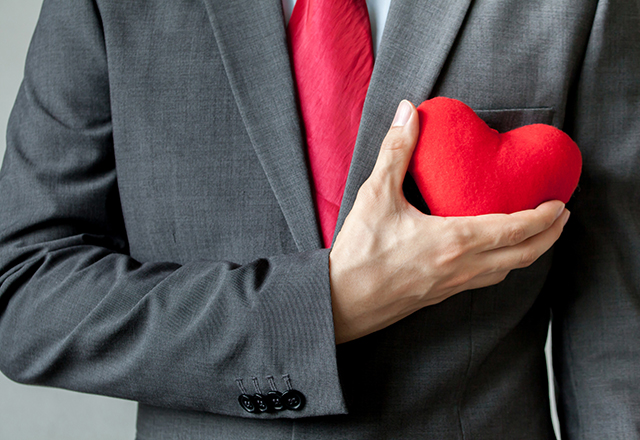 The early 20th century was a period of rapid expansion in the field of chemistry. The halls of esteemed research institutions buzzed with impassioned discussions about J. J. Thompson’s recent discovery of the electron, Marie and Pierre Curie’s isolation of elemental radium from pitchblende, and Ernest Rutherford’s discovery of the fundamental basis of radioactivity. Meanwhile, a talented Italian chemist by the name of Angelo Angeli toiled away in his studies of nitrogen-containing compounds. In 1901, he described a method of obtaining a rather peculiar molecule called nitroxyl (HNO) through the decomposition of nitrohydroxylaminic acid, commonly referred to as “Angeli’s salt.”1 Though the chemical transformation required to generate Angeli’s salt became emblazoned into the lexicon of synthetic organic chemists as the “Angeli-Rimini reaction,” the molecule nitroxyl faded into obscurity.

In the early 2000s, more than a century later, the soft echoes of Angeli’s work would erupt into a thundering drumbeat as postdoctoral fellow Nazareno Paolocci and his faculty mentor David Kass, professor of cardiology at the Johns Hopkins University School of Medicine, reported on the physiological effects of nitroxyl in Proceedings of the National Academy of Sciences.2,3 These findings inspired Kass and Paolocci to co-found Cardioxyl Pharmaceuticals Inc. along with John Toscano in the Department of Chemistry and three other co-founders, who managed its business development. Cardioxyl was ultimately acquired in 2015 by Bristol-Myers Squibb for $300 million in upfront payments and $1.78 billion in milestone payments.4 Here’s how a group of passionate thinkers turned scholarly insights into therapies that could help millions of patients with heart failure.

A Meeting of Minds

Companies constitute much more than the brands and products for which they are often credited. At its most essential level, a company is a group of individuals who are united in their pursuit of solving a particular set of problems for as many people as possible. A close inspection of the genesis of a biopharmaceutical startup vividly demonstrates this observation. Approximately 5.6 million people in the United States are affected by heart failure, a condition that exerts an estimated $30 billion cost burden on domestic patients and insurers. Acute decompensated heart failure, which refers to the stunted ability of the heart to pump blood and provide oxygen to various organs, characterizes a marked aggravation of symptoms that these patients experience and is the leading cause of hospitalization in the United States. Physicians typically respond by administering a cocktail of medications that promote heart contractility and dilate blood vessels, but chronic use of some of these agents has long been observed to result in cardiotoxicity and irregular heartbeat.

This unmet need was top of mind for David Kass, who had spent years studying heart failure and devising interventions to improve outcomes for patients. Ultimately, his efforts would come to fruition when his postdoctoral fellow at the time, Nazareno Paolocci, discovered that intravenous infusion of Angeli’s salt into dogs with both normal and failing hearts increased heart contractility and promoted vasodilation through a biochemical mechanism that operated independently of standard of care heart failure medications.2,3 In 2002, Kass and Paolocci along with David Wink, a collaborator and investigator at the National Cancer Institute, filed for the first patent on “Nitroxyl Progenitors in the Treatment of Heart Failure,” which was subsequently granted by the U.S. Patent and Trademark Office in 2004.6

While the physiological effects of nitroxyl were clear, Angeli’s salt lacked many of the druglike properties that make medicines suitable for use in people. It is an unstable molecule that dimerizes in solution and spontaneously decomposes into water and nitric oxide, commonly known as laughing gas. Nitroxyl would have to be tamed by the methodical hands of a chemist before it could be ready for prime time. Shortly after issuance of their patent, Wink happened upon John Toscano, a professor in the Department of Chemistry who had been generating nitroxyl donors, while speaking at a chemistry colloquium. In parallel, a venture capitalist at Aurora Funds named Christopher Kroger as well as experienced biopharmaceutical operators Peter Suzdak and Reza Mazhari, approached Johns Hopkins Technology Ventures (JHTV) in search of commercial opportunities. JHTV directed them to the promising results emanating from the labs of Kass and Toscano. At the convergence of these fortuitous circumstances, the founding team of Cardioxyl Pharmaceuticals assembled and the company sprouted roots in 2005.

In his novel Through the Looking-Glass, the venerated 19th Century English author Lewis Carrol remarked, “It takes all the running you can do, to keep in the same place … if you want to get somewhere else, you must run at least twice as fast.” Therein lies the great challenge of translating academic insights into commercially viable products: accelerating discovery science to develop a product that possesses all the qualities that are expected by clinicians, regulatory agencies, manufacturers and patients. Through years of navigating the business landscape in the biopharmaceutical sector, health care-focused venture capital (VC) firms have honed strategies to successfully and cost effectively meet this challenge.

Armed with a portfolio of intellectual property and a plan to generate a feasible drug candidate by 2006, the Cardioxyl team shopped their business to various VC firms and raised a $14.5 million Series A round, financed by Aurora Funds and New Enterprise Associates.8 Their new VC partners used the so-called venture creation model to center the business development of Cardioxyl around two key principles that would fulfill the objectives of the company with minimal costs, infrastructure and organizational complexity.

First, they prioritized a rigorous exploration of the founding science in order to significantly de-risk the project, prior to further injection of funds. In other words, the founding scientific thesis was stress tested with a host of experiments in order to assess the frequency with which conducting the intervention of choice (i.e., administration of a nitroxyl donor) elicited the intended result (i.e., vasodilation and increased heart contractility) in large cohorts of animal models of heart failure. The success of these crucial experiments increased the validity of the founding scientific thesis and, therefore, increased the likelihood that nitroxyl donors would also exert their intended effects in humans.

Second, they leveraged a “virtual drug discovery model” to outsource the screening and chemical optimization of nitroxyl donors, previously developed by Toscano, through partnerships with specialized teams of medicinal chemists at so-called contract research organizations. These efforts yielded two nitroxyl donors, CXL-1020 and CXL-1427, as well as toxicity and efficacy metrics in animal models of heart failure. Together, this data demonstrated that both drugs were suitable for use in clinical trials and their first clinical candidate, CXL-1020, entered phase I clinical trials in 2009 for the treatment of patients with acute decompensated heart failure. Following the entry of CXL-1427 into phase II clinical trials, the company was acquired by Bristol-Myers Squibb in 2015. CXL-1427 is anticipated to launch in 2024 in the U.S., contingent on pivotal phase III clinical trials meeting primary endpoints and regulatory submissions running smoothly.

Cardioxyl Pharmaceuticals is emblematic of how benchtop discoveries can evolve from scientific curiosities to bona fide medicines. Diligent scientists with diverse skillsets and backgrounds must collaborate with experienced business operators and financiers. These teams must be united in their pursuit of solving a particular problem that exists in the marketplace. Efficient strategies for conducting research and development at scale must be implemented. If the tale of Cardioxyl teaches us one thing, it should be this: Starting a biopharmaceutical company takes a lot of heart.

Milestones during the business development of Cardioxyl Pharmaceuticals occurred in three stages. In the IP Stage of the company, the foundational intellectual property was issued and peer-reviewed publications were published. In the Pre-clinical Stage, the company was founded, the first substantial funds were raised and studies needed to enter the initial nitroxyl donors into first-in-human clinical trials were carried out. In the Clinical Stage, its first two lead compounds successfully concluded phase I clinical trials and entered into phase II clinical trials. Finally, Bristol-Myers Squibb acquired Cardioxyl in order to expand its portfolio of heart failure medications.

Special thanks to Takashi Tsukamoto, who introduced me to Cardioxyl Pharmaceuticals and John Toscano while in the Pharmaceutical Enterprise course (ME:200.708), for which he is the course director.