A Graduate Student’s Guide to Recruitment: What Matters and What Doesn’t 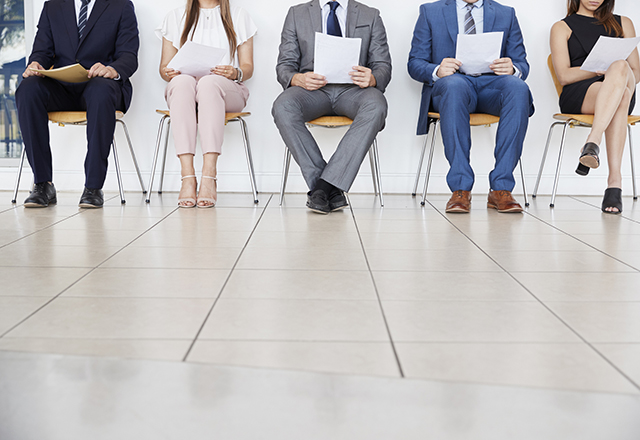 "The Admissions Committee of the Human Genetics Graduate Program at Johns Hopkins was very enthusiastic about your application. We would like to invite you for an interview." So began the email that has fundamentally shaped the last three years of my life. I still remember the first swoop of elation that rose in my throat — an interview at Johns Hopkins! Tight on its heels came the stomach-clenching tumble of anxiety — an interview — at Johns. Hopkins.

I remember rehearsing my research stump speech. Stressing about removing every last white cat hair from my trousers and jacket (they were hanging in my closet — how did the roommate’s cat have power even there?!). Choosing one pair of shoes because they were more professional, then switching to the other pair because they had a more practical heel. Memorizing the publication histories of the professors interviewing me. In short, I studied for my interviews so that I would be as prepared as possible when I stepped off the plane in Baltimore, a city that was new to me. But all that preparation was misdirected, since I didn’t have any idea at that time about what was actually important for my visit.

Every program handles recruitment differently, but human genetics has a student-centric attitude to wining and dining. Students are involved in everything: They organize schedules; drive recruits between the airport, hotel, campus and dinner; escort recruits between interviews; set up dinners; and attend recruitment social events.

First, I was a recruit; then I participated in recruitment as a Human Genetics student Now, I’m on the committee that organizes recruitment. My perspective of the recruitment process has changed dramatically at every step, and there are many things I wish I could go back and tell myself as a recruit that would have made the process less daunting. But because I can’t do that, I make sure to remember my experience three years ago as I facilitate recruitment now. I believe that retrospection helps me emphasize the components of recruitment that are most important to the future students.

I am not the all-knowing sage of recruitment; I’m only one viewpoint, and I certainly do not have the perspective of the professors and administrators, who are the true authorities on who gets final admission. But I want to share a few insights on what does —and doesn’t —matter as a recruit, student and organizer as Hopkins once again embarks on the school-wide scramble to find new students.

What I thought before interviews:

How I dressed really mattered. Fumbling my words was the kiss of death. Faculty and students were quietly judging every awkward laugh, uncomfortable pause, and admission of ignorance. It was not enough to just know my science; I had to wow my interviewers with my autonomy and convince them of my already-acquired success.

As a recruit, demonstrate independent thinking and flexibility but don’t sweat the small stuff. It’s important to dress and act professionally, but barring red flags, the details fade into the woodwork. A coffee stain on your tie or a botched tongue-twister sentence makes you human, not a failure, and interviewers know it. Interviews are about communicating your knowledge clearly and your ability to think critically, which hyper-self-consciousness impedes. Not everyone is a naturally sparkling conversationalist, and anxiety isn’t something that can just be switched off. But by focusing on what matters and trying not to get hung up on flubs that don’t, being a recruit would have been a lot easier for me, both while it was happening and while I was waiting for the admissions decision.

Professors know that you didn’t get to where you are today by yourself. True, they are giants in their fields,  but even they stand on others’ shoulders. They also know that you don’t (yet!) have a Ph.D.,  so they don’t expect you to have a mile-long curriculum vitae. So, absolutely claim credit where you earned it, but also be gracious and acknowledge the people who trained you and worked with you, if the project you are discussing is not entirely your own.

What I thought as a recruit:

Students were mentally ranking favorite recruits and thought I was naïve, given my meager science education. They were largely helping recruitment for the free wine and out of a sense of obligation to the program. After all, they wanted to know who their successors would be before they showed up to day one of classes.

Unless a grad student has an extensive conversation with a recruit, rarely do they form any concrete opinion about them. Plus, it doesn’t matter what you, as a student, think about the recruits. Barring glaring red flags that ought to be reported to the administrator, you have no say with regard to who does or doesn’t make the cut. Your role is to serve as an ambassador of the program and to provide help and insight for prospective students.

I absolutely volunteer for the free wine and to catch up with classmates at the happy hour, but I also help because I want to share my experiences — good and bad — so that recruits can make the best decisions for themselves. I chose Johns Hopkins because I was blown away by the enthusiasm and diverse interests of the current students. And, although many of those students didn’t remember talking to me during recruitment, I appreciated their sincerity and eagerness, given that they were key in my decision-making. Know that your interactions with recruits likely mean more to them as they make decisions about their future than they do to you, as you cram time with them between lab obligations.

What I thought as a student participant:

Organizers have the best of recruitment: They get to attend dinners, skip lab time to meet everyone, and, overall, have the greatest influence on the quality of the recruitment session. Plus, they’re already grad students,  so they suffer none of the scrutiny-induced stress the recruits feel.

One unfortunate disadvantage of organizing recruitment, rather than just participating as a student, is that even though I have the opportunity to speak with every recruit, I invest less effort into each interaction. I am aware of where each recruit is supposed to be, from the moment they arrive in Baltimore until they leave, but I perceive them more as obligations and game pieces that need to be shuttled than as true individuals. My perception has shifted from caring how I personally affect recruits to focusing on accomplishing recruitment as an event. So long as there are no fires, no missing persons reports, and no (unplanned) trips to the hospital, I can consider recruitment as a success, regardless of which individuals arrive again the following fall.

I have also learned that, behind the scenes, there is Never. Enough. Time. Lab work doesn’t stop just because recruitment season begins. It just means working longer hours to tie all the loose ends. And, it doesn’t matter how much you try to front-load the work; there will always be a last-minute scramble, as planes arrive late or interviewers call in sick. Flexibility is key, and if you do your job right, no one even notices the buffers, such as back-up interviewers or elastic time in the schedule. It’s easier to keep recruits from noticing the blunders if you prepare for the inevitable mistakes from the beginning.

Perhaps the most important job of the recruitment committee, however, which I didn’t fully appreciate in prior years, is its role in connecting recruits with people or resources that jive with their interests. So, it’s not just about which hobbies you have or which professional development seminars you attend; it’s also about keeping a finger on the pulse of all the opportunities available to anyone in your position as a student. It’s daunting but also empowering to arm yourself with knowledge about your program and school, to preemptively empathize with hypothetical students and prepare for what someone in your position might need when considering their coming to Johns Hopkins.

I would like to claim that grad school recruitment was a one-time stressor in my life, but the fact is that the type of stress I face during recruitment season has merely shifted. What gets me through my role as a recruitment organizer, however, is the same perspective I had as a prospective student and student volunteer: I keep my eyes on the end goal and let the minutiae roll off. For prospective students, this means having a solid grasp of your own research and conviction in your opinions when forced to think on the fly; if you’ve been given the opportunity to interview at Johns Hopkins, I’m assuming you’re no slouch at critical thinking. You just need to have the confidence to put it on display. For current students volunteering for recruitment, this means engaging with recruits and providing them with the most genuine perspective of graduate student life you can. And for a recruitment organizer, this means making sure everyone gets to where they need to be on time and being as comprehensive a “search engine” as possible. You don’t have to know everything; you just have to know where you can find the answer. So, whatever step in the recruitment cycle you find yourself in this year, I encourage you to learn from my experiences and take a deep breath before diving in.