With the Corn, Against the Grain 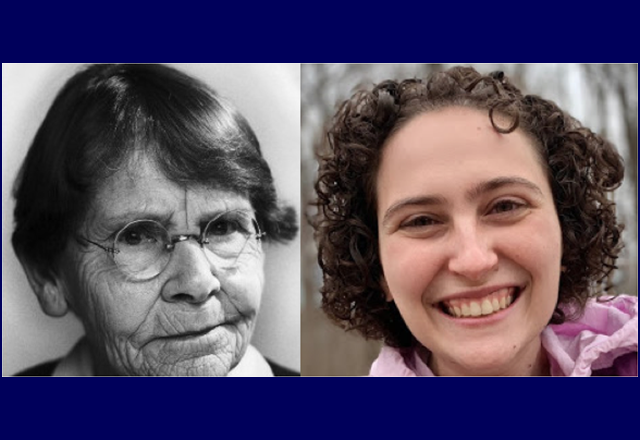 The following piece is one of the eleven winning essays from The Albert and Mary Lasker Foundation 2020 essay contest. You can read the original posting here.

The public image of the mid-twentieth century laboratory featured dispassionate scientists working in immaculate coats as metallic instruments hummed. Among men wearing masks of objectivity, distance, and certainty, the clear visage of Barbara McClintock stood apart. McClintock did not force her data into a round hole of simplicity and elegance; rather, she allowed her biological models to reflect the messiness of nature. By doing so, she made some of the most pioneering discoveries of the century. McClintock’s approach to science, and the pushback she received from her contemporaries, inspire me to embrace complexity and diverse perspectives in science to arrive at a more complete truth.

As a student, I learned little about McClintock’s work. In each genetics class, professors included a single slide featuring McClintock smiling over an ear of multicolored corn. Professors taught us that her study of this unusual model organism led to the discovery of transposons, pieces of DNA that move from place to place in the genome. Mentors occasionally described McClintock as a hippie, and I imagined her having seances in the cornfields to arrive at her conclusions. I would learn that this characterization misrepresented her rigorous relationship with science.

Although critics dismissed McClintock’s “feeling for the organism”1 as mysticism, the intimacy Barbara had with her model organism reflected her relationship with science as a whole. In the mid-1900s, nature was seen as passive, ruled by externally imposed laws. The scientist’s role was to discover these laws – to extract simple, fixed dogma from the mysteries of nature. McClintock’s science was different. She embraced the idea of a nature that does not adhere to strict rules. She saw nature as “resourceful and complex,” requiring keen observation. Instead of seeking to prove preconstructed models, like many of her contemporaries, McClintock “let the experiment tell [her] what to do.”2 Instead of dismissing exceptions and outliers, she worked doggedly to understand them. “If [something] does not fit, there’s a reason, and you find out what it is.”1 Barbara saw nature not as object but as subject, an entity with its own wills and won’ts, not to be defined, but to be understood.

In the 1950s, Watson, Crick, and Franklin proposed that the structure of DNA created an immutable blueprint of the cell. McClintock’s data suggested otherwise. Noticing multicolored patches in individual corn kernels, she thought “some cells had gained things that other cells had lost.”3 She postulated that mutations in pigment-encoding genes occurred via a purposeful process in which small DNA fragments (now known as transposons) jumped from one location in the genome to another. McClintock’s findings were heretical at the time, as they suggested a nature “more flexible than had been previously thought,”2 and called into question the prevailing ideology of nature as defined and static. Her data contradicted a widely-accepted model that appealed to many scientists due to its rigid simplicity. This made her discoveries incomprehensible to her peers. McClintock’s colleagues could not grasp the empirical truths in her data, as that would have required them to acknowledge that established dogma can be insufficient to explain nature. It took decades for the community to accept McClintock’s findings.

I fear that, like the colleagues who could not fathom McClintock’s discoveries, I will discount ideas that challenge dogma. When scientists from different backgrounds question my models in lab meetings or at conferences, Barbara’s story helps me resist the urge to react defensively. These experiences reflect an inherent bias in science – that a scientist’s area of expertise and their experimental toolkit inevitably shape the models they create to describe natural phenomena. As such, scientists create different models, each reflecting a different angle. We must acknowledge the existence of these various perspectives to get closer to a complete picture.

In the classic poem by John Godfrey Saxe, blind men approach an elephant to discover its nature. One grabs the trunk and thinks elephants are like snakes; to another, the ear feels like a fan; and to a third, the leg feels very much like a tree. The poem ends:

And so these men of Indostan
Disputed loud and long
Each in his own opinion
Exceeding stiff and strong
Though each was partly in the right
And all were in the wrong!4

The story of Barbara McClintock illustrates the gravity of this lesson: we must acknowledge diverse perspectives and methodologies to arrive at a truer truth. We must view science as a human project that requires both intellectual and emotional labor. Ultimately, McClintock’s life and science taught me not to fear unexpected data that complicates the current dogma, for nature is messy and often defies our expectations.

2 thoughts on “With the Corn, Against the Grain”