Distributing Vaccines: Smallpox and the History of Vaccine Campaigns 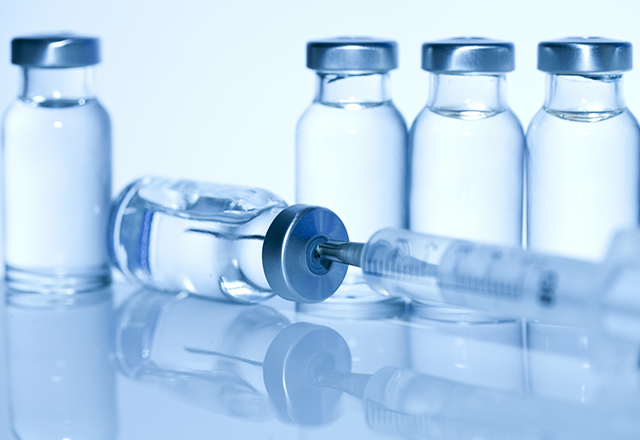 The COVID-19 vaccine rollout dominates today’s headlines. As a historian who has studied vaccination for almost six years, I continually find that the current vaccine campaign holds striking similarities to smallpox vaccine distribution. From its inception in 1796, global smallpox vaccine distribution required three key elements: proper preservation, accurate administration and receptive bodies. Learning from the smallpox vaccine rollout can help us make sense of the problems we encounter daily in the COVID-19 vaccine operation and address them head-on. 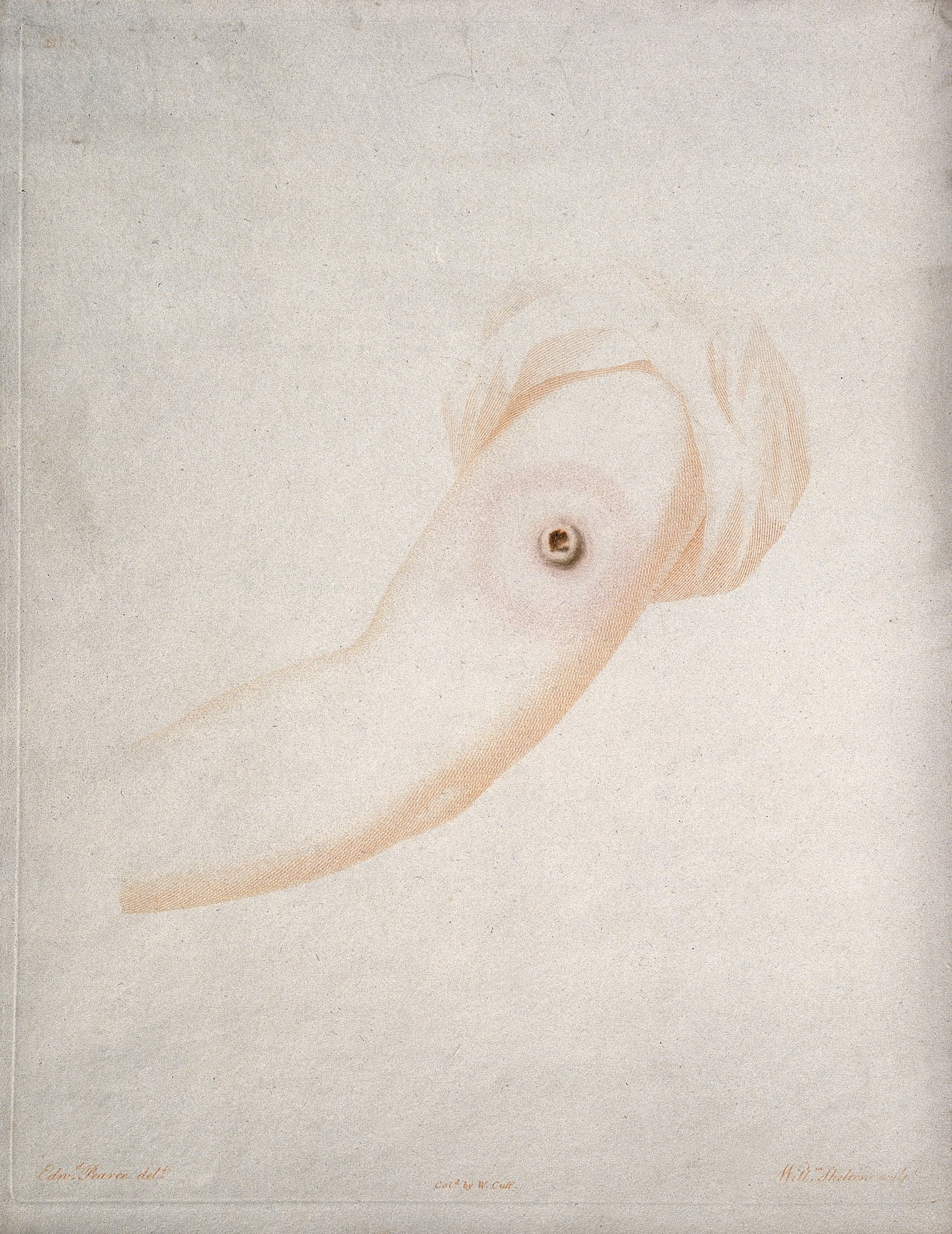 An arm with a vaccine pustule; the doctor opened the pustule and took the fluid from it, called “lymph” and inserted into another person’s arm to help that person increase their immunity. (Wellcome Library/CC BY 4.0)

Proper preservation impaired smallpox vaccination from its beginning. Since the refrigerator was not formally invented until the late 19th century, vaccine lymph, or the fluid taken from a cowpox lesion or growth, required a preservation technique that could keep the vaccine active at a wide range of temperatures. From its discovery until the late 19th century, the most popular way to preserve vaccine was cultivation in bodies. Local doctors used samples of Jenner’s original strain on patients, and then used the lymph produced from those bodies to continue the vaccinations. This technique was called arm-to-arm vaccination. Doctors on ships used arm-to-arm vaccination on passengers until reaching their destination, when they transferred the vaccine lymph onto local inhabitants to begin the arm-to-arm transmission in that area. By the 1860s, however, the European medical community feared that repeated arm-to-arm transmission using Jenner’s strain could weaken lymph and failed to protect people against smallpox. They switched to calf lymph, vaccine material taken directly from the cow’s body, to create a vaccine free from human taint. Bacteriologists preserved the lymph in a glass tube and sent it wherever doctors applied for it, a practice that continued into the 20th century.

Once a vaccinator received well-preserved lymph, they had to know how to properly administer the vaccine. While initially most vaccinators were doctors, massive vaccine campaigns across countries and colonies needed more manpower. In mid-19th century London, England, for example, 232 nonmedical personnel worked as public vaccinators. These individuals were trained and employed specifically to administer vaccinations to the people living in their assigned districts.1 Rural areas often depended on less practiced vaccinators or overworked doctors. Some districts in colonial South Africa, for instance, relied on one British-trained doctor, who doubled as primary care and public health administrator. Out of desperation, these doctors trained local community leaders, including indigenous African headmen, in rudimentary arm-to-arm vaccination procedures. In the 20th century, vaccination administration increasingly came under the purview of medically trained individuals. When the WHO’s eradication campaign started in 1966, they required “a specially dedicated and trained professional staff” to ensure vaccination’s global reach. The campaign used community leaders for local surveillance rather than as vaccinators, a noticeable change from 19th-century procedures.

While the eradication campaign worked, its staff often engaged in coercive behavior that caused significant local resistance, notably in India and Southeast Asia.2 In fact, vaccination’s history is peppered with examples of coercion and resistance. In many countries and colonies, smallpox vaccination strengthened public health surveillance practices that recorded and kept track of individual bodies. Refusing a vaccination meant either a hefty fine or jail time. Unsurprisingly, such a compulsory public health system triggered a series of protests from middle-class mothers, working-class members and, in colonies, indigenous groups, creating the global anti-vaccination movement. The movement primarily protested the inability to control when and how one received a vaccination. People were frightened of vaccination’s potential side effects, especially given that it was taken from an animal. Others were accustomed to the traditional inoculation method, which used actual smallpox instead of vaccine lymph. Inoculation could be performed in private at home, away from the invading eyes of the state. It also held significant cultural and spiritual value for populations in places like India and East Africa. Choosing whether or not to vaccinate gave a person more authority over their body. Compulsory vaccination, on the other hand, forced people to up that authority and led to uneven compliance that disrupted widespread vaccine distribution.

Ultimately, the most receptive people were those who trusted the vaccine and their vaccinator, whether it was the local physician or the state official. Currently, the COVID-19 vaccine campaign hinges on smooth manufacturing and tailored distribution plans — the trifecta of preservation, administration and reception seems a far-away problem in the face of immediate problems. Yet these three elements still exist and will inevitably impact mass vaccination in future months. The COVID-19 vaccine requires specialized freezers for long-term preservation, a particular problem for locations that cannot afford those freezers or whose freezers fail. The health care workers staffing vaccine sites often receive conflicting information about who to administer the vaccine to, already causing lags in distribution. Anti-vaxxers have already begun mounting a campaign against the vaccine’s distribution — in January, an anti-vaccination group in Los Angeles shut down the Dodger Stadium vaccination site through their protest. Like the smallpox vaccine, most people do not fully understand the research behind the COVID-19 vaccine or the detailed reasons why some people are receiving the vaccine while others are not. As learned from global smallpox vaccination, we need to ensure that communities have the resources and information to swiftly and smoothly rollout the COVID-19 vaccine. The technology may exist, but attention to detail and communication at all levels is crucial to its successful distribution.

1 thought on “Distributing Vaccines: Smallpox and the History of Vaccine Campaigns”