Worldwide Refugee Crises and How to Help 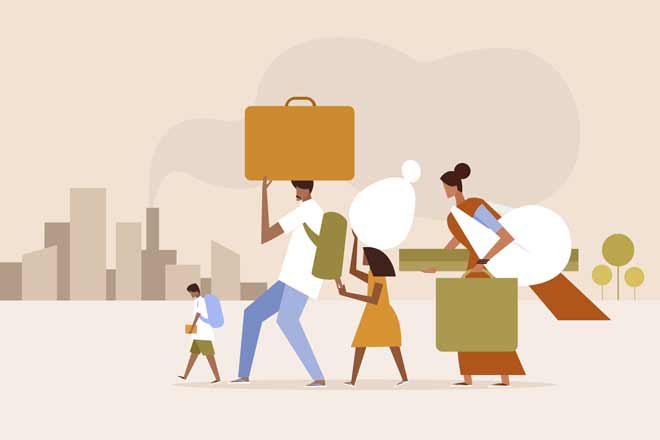 What does it mean to be a refugee or asylum seeker?

According to amnesty.org, refugees are people who have left their country because they are at risk of having their rights violated. This is often a result of lack of protection from their own government. Refugees have a right to international protection.

Asylum seekers are people who have left their country for similar reasons and are seeking safety. Usually, asylum seekers have not been legally recognized as refugees and need approval of their asylum claim. Asylum seeking is also deemed a human right.

It is important to note that people seeking refuge or asylum have identities outside of this status. They should be treated and recognized as whole people, rather than diminished solely into these labels.

What are some examples of current refugee crises?

The United Nations estimates there were 82 million displaced people around the world at the end of 2020. According to the organization World Vision, some countries with the most pressing refugee crises in the world are:

It is important to note that this is nowhere near an exhaustive list of refugee crises throughout the world. Many other such communities need humanitarian aid and support as they rebuild their lives.

How can the mental health of refugees be affected?

According to the World Health Organization (WHO), refugees have a higher prevalence of mental health challenges such as depression, anxiety and post-traumatic stress disorder (PTSD) than the general population. These mental health concerns often stem from the variety of challenges and hardships that refugees face. These include:

It is also important to note that refugees may struggle to establish mental health care due to high cost, language barriers in their new countries and disruption in continuity of care as they are forced to leave their home nations.

To address these challenges, the WHO advocates for education about the unique needs and challenges of people with refugee status, integration of mental health services into primary care services, and the availability of robust and affordable mental health care programs. Also, the American Psychiatric Association suggests that health care providers link refugees with psychosocial support and aid for housing, employment, education and legal services.

According to the U.N. Refugee Agency and the International Rescue Committee (IRC), these are ways you can help refugees and asylum seekers all over the world:

How to Help in Baltimore