Making the Invisible Visible at the Images from Science Exhibition 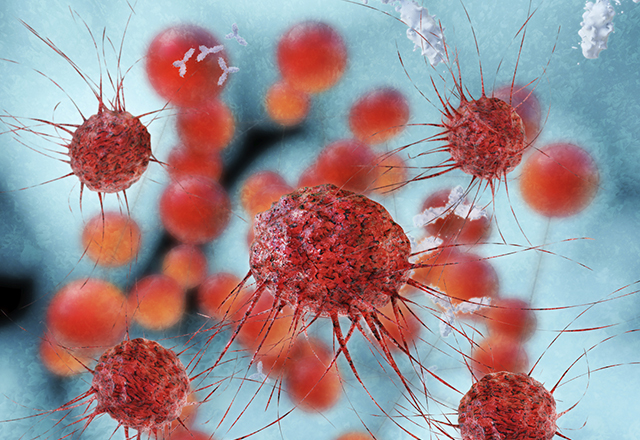 A high-speed photograph of a bullet exploding through lipstick. A photomicrograph of dishwashing liquid and water. A scanning electron microscope video of genetically engineered T cells fighting lymphoblastic leukemia. What do all of these have in common? These are all images that have made the invisible visible, images that have managed to tiptoe the not-so-clear line between science and art.

“It is true that art and science have diverged and now seem to lead separate lives,” said David Malin in a guest essay for the original “Images from Science” in 2002, “but as the links between them grow ever stronger, the once-empty middle ground is filling with people who recognize that science has much to contribute to the world of the artist and that aesthetic sensibilities are vital in creating and comprehending images from science.”

“Images from Science I” featured 59 photographs and traveled to seven countries over a span of five years from 2002–2007. From 2008–2014, “Images from Science 2” traveled to 13 venues before being lost in shipping on its way to the U.K. from the Netherlands. Building on the success of its predecessors, IFS3 will feature 82 images from 71 artists in 15 countries around the world. In addition to including pictures, ISF3 will differ from the first two exhibitions in also showcasing animation and illustration. Some of these will be from alumni from Johns Hopkins’ Department of Art as Applied to Medicine — works by Alisa Brandt, Jennifer E. Fairman, Ikumi Kayama and Joe Samson were selected by an international panel of judges including scientists, physicians, business owners, photography editors and science photographers.

The exhibition will be dedicated to the renowned science photographer Lennart Nilsson, who passed away in January 2017 at age 95. Nilsson used extreme macrophotography to capture images of embryos, blood vessels and body cavities. Capturing things that were previously thought to be impossible to capture on camera, Nilsson revolutionized the field of scientific photography.

IFS3 will be at Hopkins from Jan. 20–March 20. The opening reception will be held on Wednesday, Jan. 29, from 4–7 p.m. in Turner Concourse (720 Rutland Ave., Baltimore, Maryland) and is free and open to the public. Come celebrate a unique showcase of artists and scientists from around the world!