From Rural Nepal to the Johns Hopkins University School of Medicine: Part 1


Around the time I started working in my thesis lab, a new postdoc from central Nepal, named Surya, also joined the group. He had just completed his Ph.D. in Huntsville, Alabama, as part of the ENCODE consortium project to annotate the human genome and was assigned to work with me on a project developing polygenic risk scores. I was quickly taken in by his perpetual smile and motivating mentoring style. Over the following weeks, I learned that Surya's career climb — which started in a rural farming village in the Himalayan foothills — had been an unlikely and challenging journey.

Because few of his Nepalese peers had pursued scientific careers, Surya felt like he was mapping uncharted territory for a rising generation of Nepalese scientists. Curious to learn how such humble beginnings could have nurtured the resourceful and determined scientist from whom I was learning, I asked him to share his story. In this two-part series, I describe Surya’s “fairy-tale” journey.

Surya grew up in the Arghakhanchi District of central Nepal, a rural area about 200 kilometers west of Kathmandu, the nation's capital. His family’s traditional Nepalese home had no electricity (so, naturally, no internet) and no running water. His mother grew most of their food on the family farm, while his father worked at the British Embassy in Kathmandu to pay the bills.

As Surya described these formative years, I puzzled over what could propel him toward a career in science. Although neither parent came from academic backgrounds, Surya's father had a deep love of learning, often coming home with magazines from the workplace to share. The magazines showcased scientific innovations that sparked Surya’s interest when he realized how science could help everyone, everywhere. 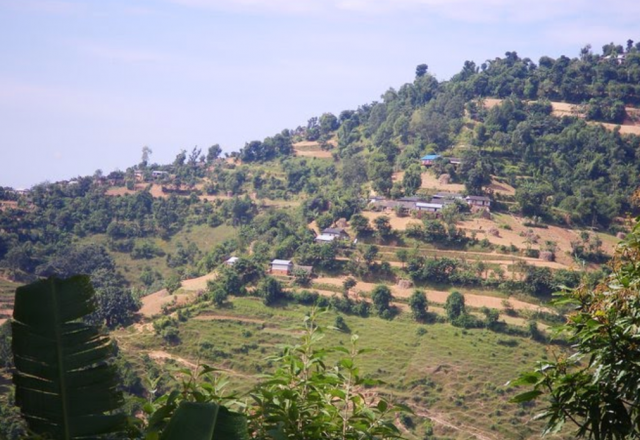 While this was a starting point, it would be just one small component of the “cocktail” of experiences that led Surya to a career in science. For instance, exceptional schoolteachers helped him connect classroom science to the real-world applications he had read about at home. Coupled with his humble beginnings, these experiences fostered in Surya a sense that, someday, his pursuit of knowledge could lead to scientific research that might improve the lives of other people. He developed a sense that “there [was] something bigger” out there to which he could contribute.

Eventually, Surya moved to Kathmandu’s suburbs, where his motivation set him apart in school. While many of his peers weren’t academically inclined, he had a budding dream of becoming a scientist. With no idea of how to get there, however, his pursuit felt to him like “a fairy-tale shot.”

“No one in my …  immediate sphere had done it, done the academic route; the challenge [was] getting the information,” he says With no close role models to follow and few resources to help him know the way forward, navigating the path toward his goal would prove difficult.

After graduating from high school, Surya was admitted to Kathmandu University (KU; pictured above, the “MIT of Nepal.” While this was certainly a major milestone for him, it wasn’t until later, when he landed in his Ph.D. lab, that he felt his journey had actually begun. In fact, while at KU, Surya’s determination was tested. When he voiced his dream of shooting for a top-tier graduate university, “people would brush it off” for aiming “too big.” In his own words, “I was too determined to be there … I wanted to prove myself.”

Before hearing Surya’s story, I expected that some significant event — an international grant, extraordinary teacher or even some inspirational quote from his father –– would be a paradigm-shifting experience to drive him toward science. I was surprised at how honestly simple many of the events in his story had seemed, up to this point.

Surya’s success came from the sum of many small events, coupled with his own personal character. His reaching this juncture is certainly a testament to Surya’s own force of will and adaptability. But it also speaks volumes to me as a struggling graduate student. It shows that, in spite of less-than-ideal circumstances, every small effort can eventually add up. Surya’s experiences from birth to his education at Kathmandu University prepared him for the next opportunity in his journey —a transatlantic trip to join the effort to decode the genome, which will be covered in the next part of this series.