From Rural Nepal to The Johns Hopkins University (and back again): Part 2


This post is the second in a two-part series sharing the remarkable career journey of postdoc Surya C. from a rural village in Nepal to a world class university. Read the first part of this story here.

Surya C.’s remarkable ascent — from a lowly village in central Nepal to The Johns Hopkins University (JHU) — is a rousing monument to the power of will. His experience reflects a keen devotion to the good of humanity and a dogged determination worthy of emulation.

In spring 2012, Surya approached graduation from Kathmandu University (KU) with his sights set on graduate studies in genetics at an elite American university. Many of his peers were skeptical of this ambition, as Surya seemed to have the cards stacked against him. But in his own words, he was “too determined” to be stopped. Despite limited academic and financial resources and very few genetics research faculty members at KU to guide him, Surya independently patched together his applications. He narrowed down which schools he would apply to by contacting program administrators. This proved fortuitous, as he discovered that a fellow Nepalese alumnus from KU was attending the University of Alabama in Huntsville (UAH). Anticipating a new life in a foreign country and being distant from any acquaintances, the prospect of a familiar community helped him finalize his decision to apply to and ultimately attend UAH.

During a discussion I had with Surya, it was clear that his experience applying for graduate school impacted him and his long-term career goals. He reflected that if it was challenging for him to make his way to graduate school from the top technical university in Nepal, surely many of his peers faced similar challenges. Perhaps someday, he might do something about it. 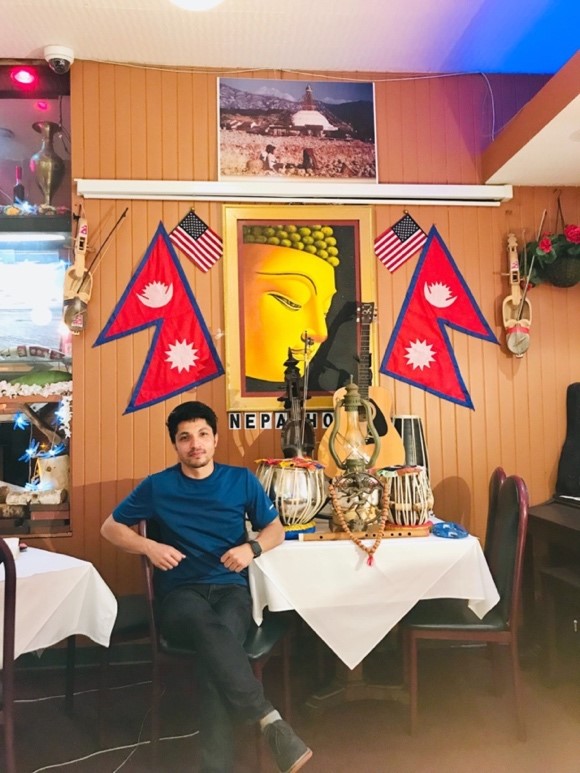 I asked Surya to describe the transition from Nepal to the United States. In his ever positive way, he described it as being full of “colorful stories.” This color started in his first moments on American soil, at the JFK airport. Being his first trip off the Indian subcontinent, the sheer variety of people, the hustle and bustle, and the enormity of the space was overwhelming. He wasn’t even sure where to go to catch his next flight or how to get help, or even if he should ask for help. Having been warned not to bother American travelers (told that they were “more professional”), he was “cautious every step [of the] way.” With the help of a few kind travelers, Surya carefully navigated the terminals and airport tram to make his Huntsville connection. Needless to say, he was grateful and relieved to find UAH representatives waiting to receive him at his destination.

The academic and lifestyle challenges that incoming graduate students face were doubled for Surya by his new cultural milieu. “I had no idea how to do it,” he says. He remembers trying to relearn everything: what to wear and when, what things to (and not to) talk about with other students and how to get help when he needed it. Along this steep learning curve, Surya says a study partner greatly facilitated his adjustment by befriending him and helping him navigate cultural differences. Further supported by patient and gracious professors, Surya says this help made “a rough experience as smooth … as it could get.”

As Surya shared his story with me, I could not help but notice that what got him through this difficult time were personal connections and kindness from individuals. When I mentioned this to him, he emphatically agreed, adding that having these connections is the way to impact divisions in society. In his clever way, he suggests that to do more to welcome others, we should “find a person who is different from you and be more connected [to them]. That is much more powerful than showing textbook sympathy. … ” When you get to know someone, he says, it’s “hard for you to dislike them. We can connect with different species, like pets, dogs. … Why can’t we connect to people different from us?”

Like before, Surya’s academic determination caught the attention of his professors, who recruited him to rotate in their labs. Surya ultimately joined the Mendenhall lab, where he worked on the forefront of an enormous consortium effort as part of the Encyclopedia of DNA Elements (ENCODE) project. Surya advanced genome-scale work characterizing transcription factor binding and methylation signatures, capping his efforts with two major Nature publications (here and here). His professors had rave reviews, and word of his success even reached his home in Nepal, where his work was featured in a local news article. Surya still “has to pinch himself sometimes to realize where he landed. This big paper … would seem unlikely for people in Nepal. … ”

Riding this wave of success, Surya joined the lab of Alexis Battle in 2019 as a postdoctoral researcher at JHU, where I first met him. In his first year, Surya has become indispensable to our lab’s work, and a true mentor to my colleagues and me.

In the coming years, Surya hopes to use his hard-won career success to elevate perception of and access to science in Nepal. Specifically, as a policymaker he hopes to better connect Nepalese scientists to the international community and increase the public visibility of science. Remembering his early struggles, Surya feels a sense of duty to help the next generation of scientists in Nepal: “If I can’t make these things happen, who had the right situation line up … will [it] be easier for someone else?” Surya is hopeful that his story will inspire others to raise their view of what’s possible. Indeed, I sense that his contribution to science is far from over. Grinning his mile-wide smile, he said, “Society won’t get itself to that position — we need to make it happen!” 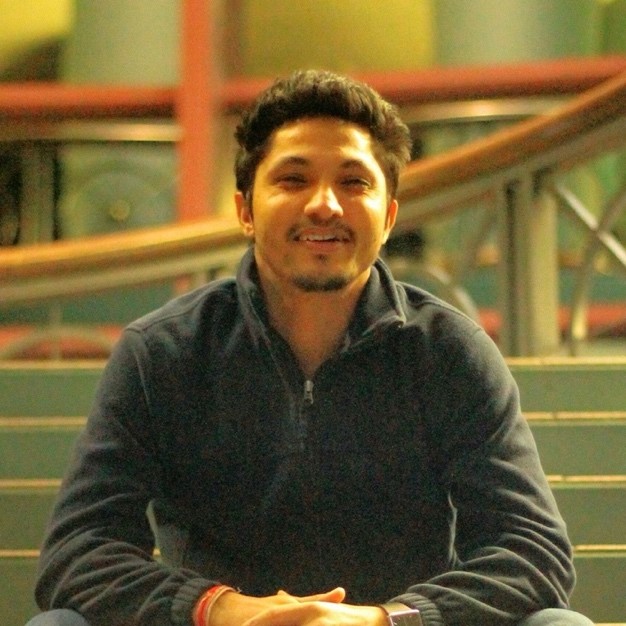