Satisfaction or stomachache? The science of digesting dairy 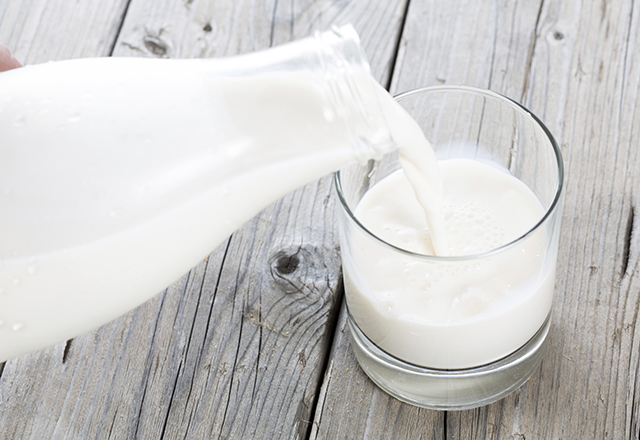 From ice cream to chocolate to cheese, so many of the foods I consider closest to my heart are made with dairy milk. But my relationship with this delicious ingredient became more complicated recently, when two of my loved ones encountered difficulty digesting it. Besides the tiny pang of guilt I now feel when indulging in an overly cheesy slice of pizza, their lactose intolerance has fostered my curiosity about the biology underlying digestion of dairy, and a greater appreciation for the plethora of dairy alternatives that are more environmentally sustainable, surprisingly delicious and increasingly popular.1

Lactose is a disaccharide that is largely absent from human diets with one exception: mammalian milk. In mammalian neonates, the enzyme lactase is produced in tiny protrusions of the intestine called microvilli. Lactase breaks lactose down into the more digestible monosaccharides glucose and galactose. In most mammals, weaning brings about a reduction in lactase to about 10% of neonatal levels.2

While the term “lactose intolerance” connotes a departure from normal digestive capabilities, this implication is far from true. Only one-quarter to one-third of the human population continues to produce high levels of lactase during adulthood. Known as lactase persistence, this trait results from mutations that affect transcription of the lactase gene, preventing its downregulation.2 Such polymorphisms are thought to result from selective pressure, as cattle domestication and dairy consumption were introduced to Europe.3 In the absence of lactase, undigested lactose can usher fluid into the intestine, causing diarrhea. In the colon, bacteria ferment the lactose, using it for energy, and produce byproducts such as carbon dioxide and hydrogen gas, which contribute to bloating and flatulence.4,5

Mysteriously, some “lactase non-persisters” can tolerate substantial amounts of dairy.4,6 Researchers posit that this variability results from differences in the intestinal microbiota that step in to break down undigested lactose.4,5 The microbiome’s role in lactose digestion is far from completely understood, and it’s not clear why some lactase non-persisters can tolerate more dairy than others. Further research in this area may improve our understanding of gut microflora and lead to microbe-based treatments for lactose intolerance.

Dairy products make for delectable treats, and were likely an important food source for cattle-farming humans when calories were scarce. Many people with lactose intolerance still partake with the help of a lactase supplement.2 However, considering that plant-based alternatives have a greatly reduced carbon footprint,7 I wonder whether adult dairy consumers should consider a partial reversion to our ancestral lactose-free state. The health benefits of milk are controversial — some evidence indicates that the calcium and vitamin D in dairy milk increase bone density and reduce risk for osteoporosis.2 Nevertheless, many dairy alternatives are fortified with these nutrients, mitigating health concerns. I for one can’t promise I’ll be swearing off the occasional ice cream or cheesy pizza, but I’m definitely expanding my consumption of dairy alternatives like oat milk and plant-based cheese. My lactose intolerant loved ones have reminded me that consuming large quantities of dairy doesn’t need to be the norm.