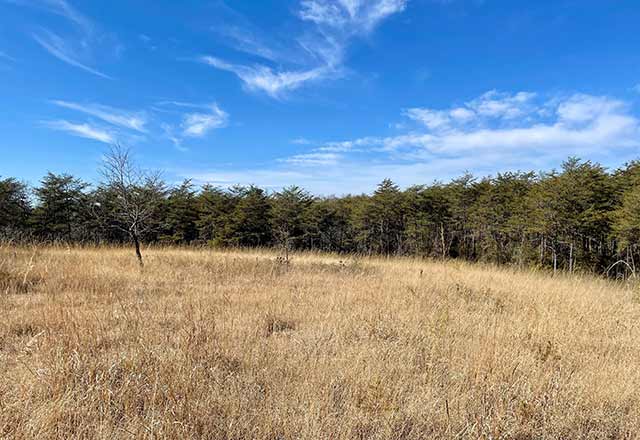 All photos provided courtesy of author.

Spring is nigh, spring fever is in the air, and February has been doing a superb job of dodging the cold clutches of winter in favor of the warmer embrace of the season to come. On several days this past month, we got a feel for what spring has in store for us: sunny weather perfect for an escape outside the hustle and bustle of the city. And if you’ve been looking for some trek-worthy spots around the area, then this post is for you.

A couple of weeks ago, I got to explore a hiking trail known as Soldiers Delight near Owings Mills in Western Baltimore County. This nature reserve is designated as both a Maryland Wildland and a Natural Environment Area, and is home to over 39 rare, threatened or endangered plant species as well as rare insects (including populations of rare butterflies!), rocks and minerals.

What’s perhaps more interesting about this 1,900-acre reserve is the fact that it protects most of the largest undeveloped mass of serpentine bedrock in the eastern United States. This type of bedrock is unusually high in magnesium and iron, both of which confer upon it a brownish-green and scaly serpent-like appearance (hence the name). Serpentine bedrock originated hundreds of miles from its current location around 500 million years ago when the earth’s magma moved from within its deep layers to become part of the ocean floor, and was then further moved beyond the ocean to become part of the North American continent. Thus, Soldiers Delight is an island of oceanic rock very different from the continental rocks surrounding it, and for the imaginative out there, creates the illusion of walking across what the bottom of the ocean looked like hundreds of years ago.

Soldiers Delight has served as a historic source of chromium ore for this area. Isaac Tyson, a 19th-century businessman from Baltimore, was the first to trace the abundant occurrence of chromite to serpentine barrens in the area. Chromite mining began in 1827 and, shortly afterwards, Baltimore County became the largest producer of chrome in the world – in fact, several old mines and quarries are still visible within the reserve.

It goes without saying that Soldiers Delight is an unusual name for a natural reserve, so where did it come from? Originally known as Soldiers Delight Hundred, the name dates back to colonial times and may refer to soldiers in the service of the King of England who patrolled the area (the term “hundred” itself was an English term used to describe a unit of government and taxation that was smaller than a shire).

Seven miles of hiking trails have been blazed at Soldier’s Delight, and pets are permitted. Some parts are somewhat reminiscent of the old west, and whichever trail you end up choosing, you’ll be met with an interesting array of trees and shrubbery, curious forms of wildlife, and scenic vistas all around. If you’re on the lookout for your next trekking adventure and haven’t been there yet, consider planning a trip – you won’t be disappointed.

1: Start of the Serpentine Trail 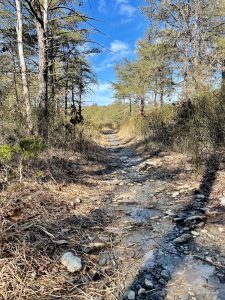 Photo courtesy of author: Start of the Serpentine Trail.

2: Along the Choate Mine, Dolfield and Serpentine Trail Loop

Photo courtesy of author: Along the Choate Mine, Dolfield and Serpentine Trail Loop

3: View from the Choate Mine Trail 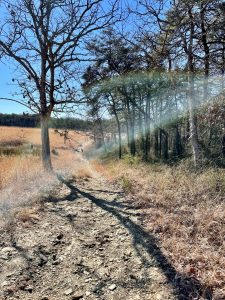 Photo courtesy of author: View from the Choate Mine Trail

4: View from the Red Run Trail 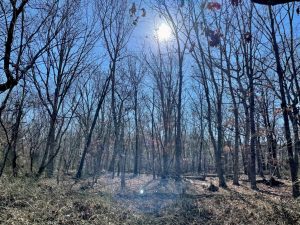 Photo courtesy of author: View from the Red Run Trail