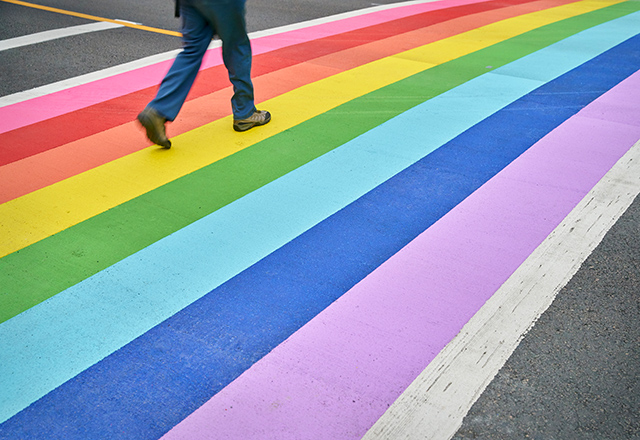 “I’m not sure if you should bring that up during interviews.” As a fourth-year medical student who had already matched into psychiatry, I had volunteered to conduct mock interviews with third-year medical students at my medical school who were preparing their residency applications. The student in front of me, in answering a question about his professional interests, had mentioned his passion for infectious disease and HIV research, which had arisen from his volunteer experiences in an LGBTQ health center and own life as a gay man. Unfortunately, I did not immediately register the pernicious attitude behind my advice but continued to think about this conversation for weeks afterward. Now, I periodically reflect on this as one of the encounters in medical school of which I am most ashamed.

At first, I thought about that advice as an abstract betrayal of my friends who identified as gay and gender diverse, but it was not long coming that I realized it was also a betrayal of myself. Early during intern year, one of my medical school classmates who was of a very conservative religious background came out on social media as gay and openly discussed the amicable dissolution of his heterosexual marriage. I was stirred by his authenticity. Simultaneously, I was working with both privately and openly gay residents in internal medicine and neurology who were, as we say, “killing it” in their fields. They mentored me professionally and inspired me personally. In a milieu of long hours, the intense anxiety of newly doctoring and limited sleep, I was suddenly and forcefully aware of my attraction to women, something that certainly had always been present but which I had chosen to ignore. There was no more self-deception with my stretched-thin emotional resources. “You popped out of the closet like a jack rabbit,” one of my coresidents commented.

“Coming out” is tightly interwoven with my professional development as a psychiatrist. My residency cohort is very close and familial, and were the first to whom I disclosed that I am a lesbian. When I was unexpectedly tasked with evaluating a woman who had messaged me on a dating app a day or two before, several of my coresidents circled the wagons around me and offered to perform the evaluation themselves. When I had to disclose my orientation to staff, nurses and technicians also set out to help me. Coming out to myself was the most harrowing part; I felt foolish acknowledging my sexuality at 29. I was convinced that other LGBTQ+ people, but particularly gay women would think I was, at best, silly and, at worst, only experimenting with my sexuality. Although initially afraid to approach this community of which I wanted to be a part, other gay residents within and outside my department welcomed me.

This coincidence of formation in my personal and professional identities shaped my interests as a psychiatrist. In third year of residency I began exploring work in transgender mental health, which has ultimately become my primary career focus. Working with these patients at all stages of their gender identity development has enough parallels with my own explorations that I feel strong empathy and affinity for both caring for and advocating for them, even when it is frustrating and difficult.

While I ultimately was open about my orientation, I was initially reluctant to disclose my identity to people beyond my peers in my department. Despite my initial worries, I have not felt treated differently by department leadership at Johns Hopkins, and my partner attends department events with me. I have been actively encouraged to develop my work in LGBTQ+ mental health. However, despite the progress made in academic medicine, implicit biases continue to perpetuate potentially harmful misconceptions about sexual minorities. As a senior resident, I have become increasingly aware of myself as a role model for junior residents and medical students, and feel strongly that it is important for me to be open about my identity and academic interests. When professionals who identify this way either broadcast their identity as if it were remarkable or behave as though it is worth hiding, we send messages to one another, our colleagues and those who learn from us.

In my last year of residency, I have prioritized projects that contribute to scientific knowledge of risk factors and therapeutic considerations unique to sexual and gender minorities. Because I value academic psychiatry, I have also launched a new journal club for residents highlighting peer-reviewed publications relevant to transgender mental health, and have developed lectures for different clinical settings related to unique issues that arise when treating patients who identify as LGBTQ+. I have also prioritized collaboration with faculty in my department as well as faculty in the Johns Hopkins Center for Transgender Health. I wear a pronoun pin on my white coat and wear my hospital ID on a rainbow lanyard. I do this because I sincerely believe that transparency and openness will benefit trainees and other professionals who identify as sexual and gender minorities. Furthermore, it is critical for health professionals to intentionally create a welcoming atmosphere for patients who may feel antagonized in health care settings. While I cannot take back my remarks to that medical student five years ago, I will continue my work in creating an inclusive environment for learners and patients now.