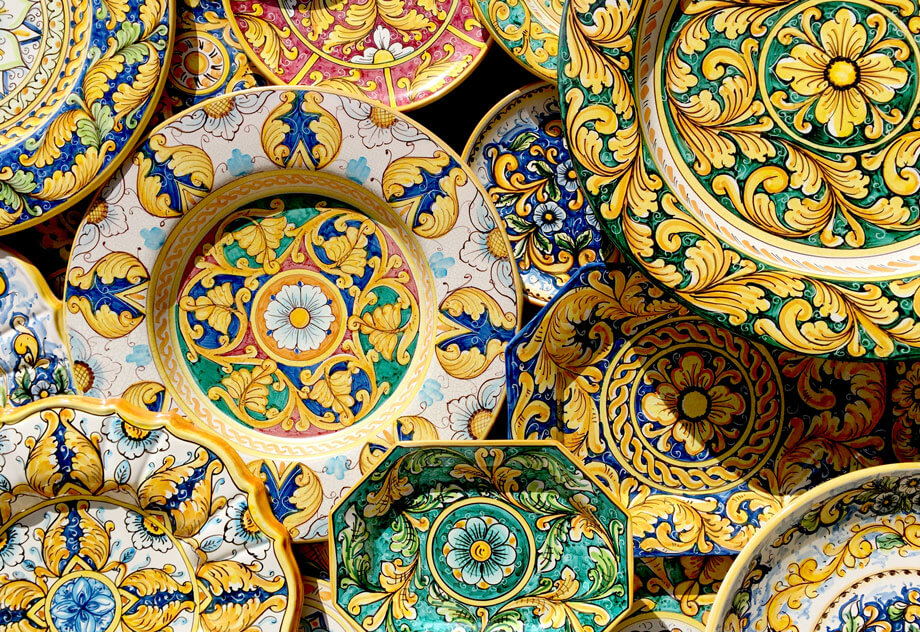 Human history is full of stories about people going to great lengths to achieve splendor, beauty and luster. Women in ancient Roman used the belladonna plant to dilate their pupils and enhance the beauty of their eyes, running the risk of permanent vision loss. Diane de Poitiers, mistress of 16th century French king Henry II, drank liquid gold in an effort to preserve her youth, which ultimately led to her untimely demise. And in the early 1900s, a group of young women was persuaded by their employers to paint watch dials with luminous paint made of radioactive radium, which unfortunately caused deadly radiation poisoning. Unbeknownst to many of us is the story of what started as innocent pottery making and eventually turned deadly, and it happened here, in the very heart of Baltimore. The Walters Art Museum in Mount Vernon has summed it up in its ongoing and most recent exhibit, Majolica Mania.

Inspired by the earlier maiolica (tin-glazed ceramics decorated with colors on a white background) of the Italian Renaissance, majolica is a type of pottery that debuted in Victorian England in 1851 and was introduced to the public by ceramics factory owner Herbert Minton. The earthenware was produced in a variety of shapes, some rather dreamy or whimsical, and was finished off with a brightly colored glaze that lent the product its beauty and reputation. The public was in awe of such a creation, and its affordable price tag meant that majolica quickly became ubiquitous in England, with works appearing in museums, royal palaces and the homes of average citizens. Eventually, British potters immigrating to North America introduced this craftsmanship to the growing American pottery industry, leading to large-scale production. Baltimore was a center of majolica production in the U.S. and home to famous majolica makers Chesapeake Pottery and Edwin Bennett Pottery.

However, production came at a cost, and a very deadly one at that. Unknown to the manufacturers at the time, the beautiful glaze that gave the pottery its shine was typically 40% to 60% lead, a heavy metal that can accumulate in the body and cause severe poisoning and eventually death. Ceramic manufacturing in the 19th century was labor-intensive and involved many workers, all of whom were exposed to dangerous concentrations of lead. Thousands of workers at plants died or suffered permanent injuries between 1851, when majolica was first introduced, and 1947, when lead was eventually eliminated from the glazes and earthenware fell out of style. By that time, reforms and regulations imposed by the British government had limited the use of lead in manufacture.

Curated by the Walters Art Museum, Majolica Mania features 350 works that showcase the stunning innovation of this art form and the breadth of its diverse shapes and colors. Most notable is a beautiful memorial installation commissioned as a requiem to all the lives lost. The exhibit is open until Aug. 7, and admission to the museum is always free. Be sure to drop by!